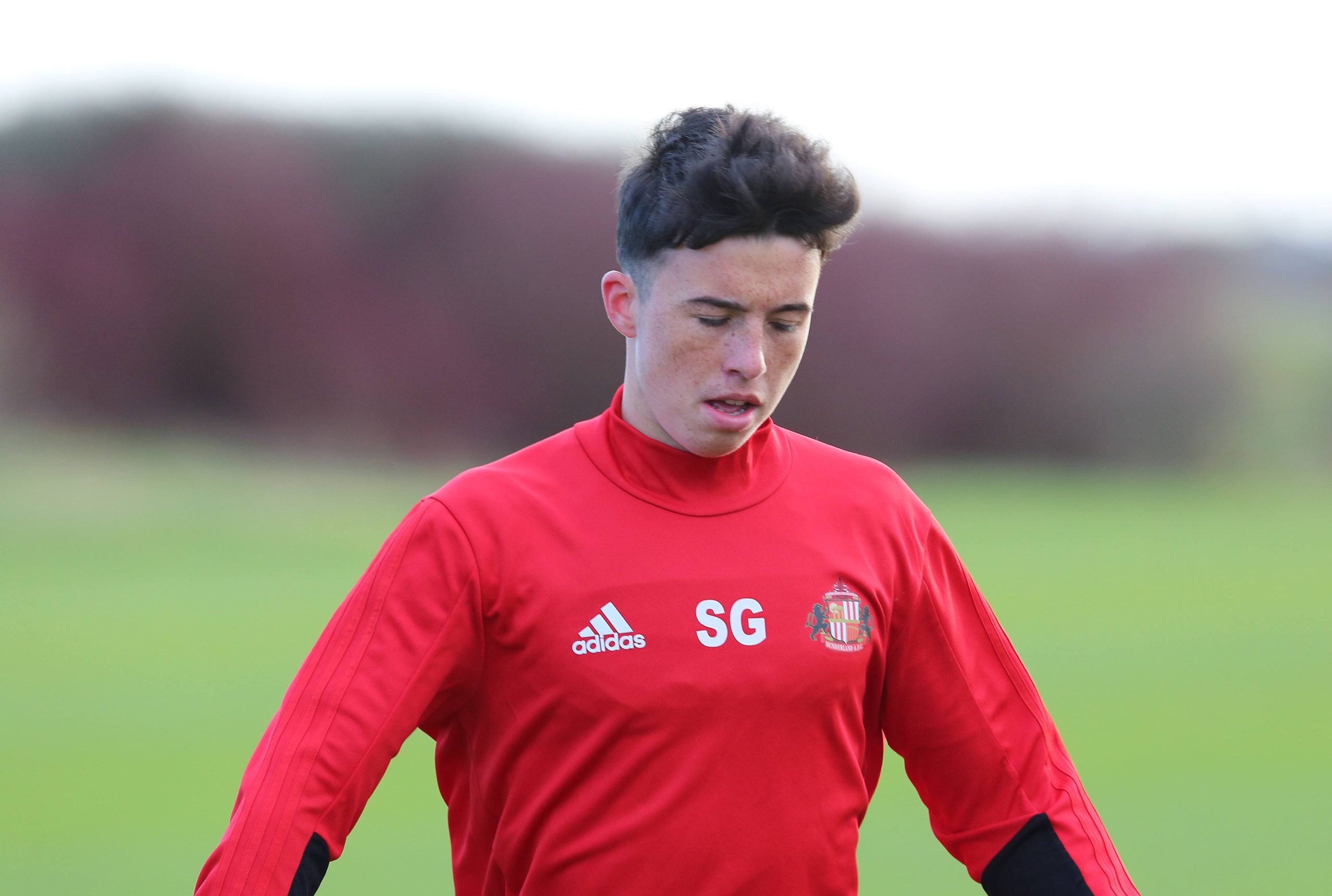 The congregation convenes for another Sunday morning service, the church pews a sea of red and white. Priest Marc Lynden gathers his thoughts, as the organist slowly brings his hymn to a still.
‘Let us pray for Sunderland Football Club and for our city.’

If there’s one thing that hit Netflix show ‘Sunderland Till I Die’ has shown us, it is that the city and the club go hand in hand. You can’t imagine one without the other. Sunderland is as proud a footballing city as they come.

Matchday on a Saturday afternoon is that escape, that release, from the stresses and monotony of daily life. As Priest Lynden puts it, ‘The success of [the] team leads to the success and prosperity of our city. It is a love borne out of passion.’

Sam Greenwood has known nothing but Sunderland Football Club his whole life. Living in Murton, Durham, 15 minutes away from the 48,000 seater stadium, resident season ticket holder Greenwood and his father were regulars when life as a Sunderland supporter was a little less desperate, a little less heart in mouth, as long as his services were not required down at the Academy of Light, of course.

That Sam was brought into the youth setup as a six year old goes some way to show the hype that’s surrounded him from a young age. Famed for being good with both feet and his dead ball delivery, the U18 England forward has always been a goalscorer; a return of 21 goals in 26 games for Sunderland’s U16 and U18 sides constituted an extremely impressive end to his time as an academy schoolboy in 2017/18.

People often talk about being in or out of their comfort zone. At 16, Sam had a lot going for him; staying on to sign a scholarship would’ve kept him at his boyhood club, only a short drive away from friends and family.
But that would have been the easy option.
‘I wanted and felt like I was ready for a new challenge. I had quite a lot of interest from other clubs, but the only concrete thing I heard about was Arsenal. I didn’t look back from there,’ remarks Sam. 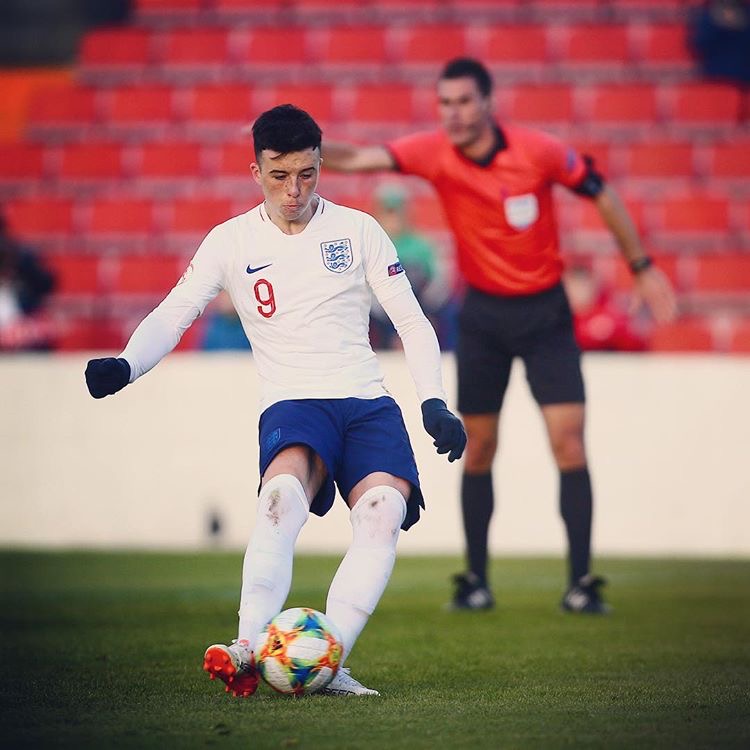 London it was. A welcome change of scenery?
‘At the start I did struggle a bit. I’ve been with my family my whole life. Moving to London, which is totally different to Sunderland, you miss family quite a lot. My dad is usually at every training session and is ready to pick me up.  If you have a bad game, sometimes you’re like ‘Yeah I wish I had my dad to have those chats on the way home in the car.’ I used to rely on him. Moving away from home turns you into a man. You grow up and start putting responsibility on yourself.’

A bout of homesickness wasn’t going to hold him back for too long, the catalyst an instinctive half-volley from range against Southampton, his first goal of the season, this time in the red of Arsenal. And it was all for that man, an ever present on the journey, making the trip down south every week to see his son shine.

‘My dad loves football. If you do him proud, you know that he’s getting a buzz. My dad’s put so much time and effort into my football so you just want to pay them back. When [you] see him in the crowd you work that bit harder.’
Everything began to click from there. Stationed just behind the prolific Folarin Balogun on the right hand side of a forward three, Sam had quickly become a proposition to be reckoned with. Get too tight and risk getting turned. Allow for too much space and leave the goal at his mercy.
Despite a slow start, Sam racked up 10 goals and five assists by the end of April, and an U18 PL South winner’s medal was a nice reward for his endeavours. Not bad for a first season, you could say.

Business was by no means done, however, with international duties beckoning for the 17-year-old.

England went into the U17 European Championships as one of the favourites; a team that could afford to bench Lewis Bate and Joe Gelhardt is going to stand a chance. France and the Netherlands had something to say about that yet.

‘It was one of the proudest moments for everyone, in a competition like that to come out of the tunnel and sing the national anthem. It was almost overwhelming. When we went into the tournament, we truly believed that we could win it. The group was very tough, and in the end I think we were just a bit unlucky.’
On 9 May 2019, France’s victory over the Netherlands had condemned England to their fate.

A third goal in as many games for talisman Greenwood was not enough to prevent an early exit. England had been sent crashing out in the group stages, in what was an underwhelming week of football, typified by a humbling 5-2 loss to the Netherlands.
But what does dwelling on things truly achieve. There was an U18 PL South trophy out there for Sam and the new intake of scholars to retain, an FA Youth Cup to claim.
If only defending a trophy was as easy as it was to win in the first place.

This season’s table does not make for great viewing. With only Reading Norwich and Swansea below for close company, Arsenal lie in ninth place on 17 points after 16 games. What a difference a year can make.

‘We just had a slow start. We didn’t really get on as well as what we did last year. Over time, that chemistry did grow. We went over to Bali mid-season, and played a number of teams like Real Madrid and Inter Milan. After that, our bond was a bit better.’ 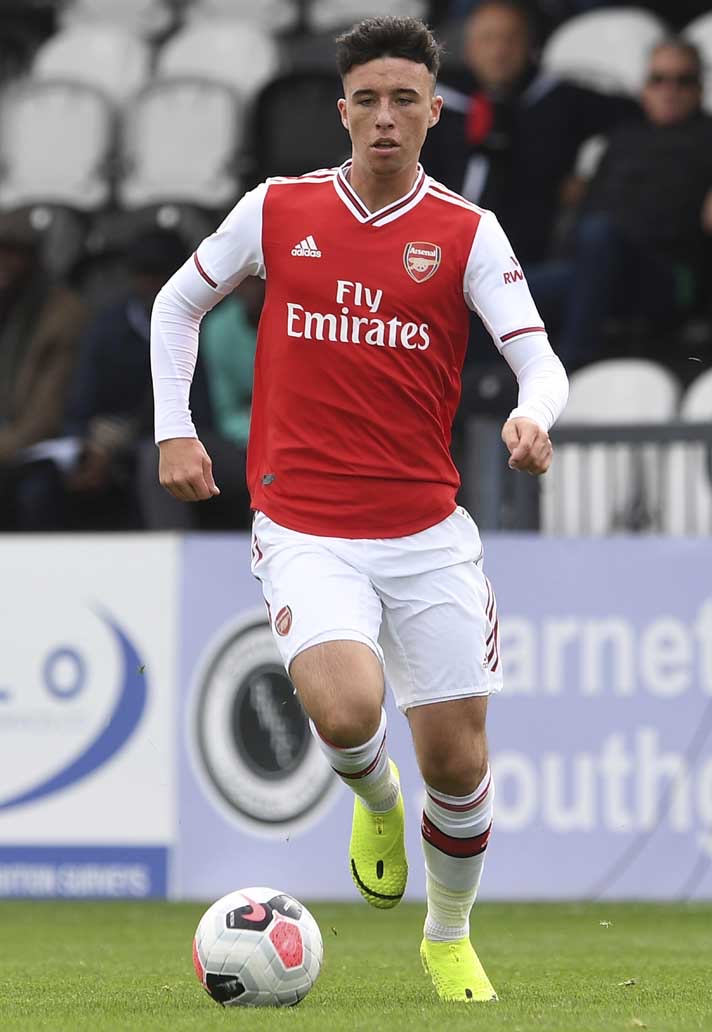 Perhaps the decision taken by the Premier League to suspend the 19/20 academy games programme came as some much needed respite for an U18 side that largely failed to live up to the lofty expectations set by the previous group, despite a brief upturn in form.
While many academy players across the country continue to be affected by a lack of clarity and purpose during these uncertain times, Sam Greenwood knows what he wants. The emergence of young talents Bukayo Saka and Gabriel Martinelli to name just two under new first team boss Mikel Arteta tells you all you need to know.
‘Especially for the lads at Hale End who get the scholarships, you come to London Colney and look at [Arsenal’s academy graduates] and think, ‘yeah we’ve got a good chance.’ I was pinching myself a bit, standing next to Ozil and seeing players like Aubameyang. You’ve just got to switch on, and realise that this is your job. It’s inspiring for me, you’ve just got to take it.’
Who knows when or where that chance will come. One thing that is for certain is those values he was raised with will never be lost on him.

‘Everyone [up north] works so hard for everything they get, it’s the way that they’ve been brought up, and it’s the only way for me to get to the top.’
Keep an eye out for Sam Greenwood. Arsenal and England have a player.