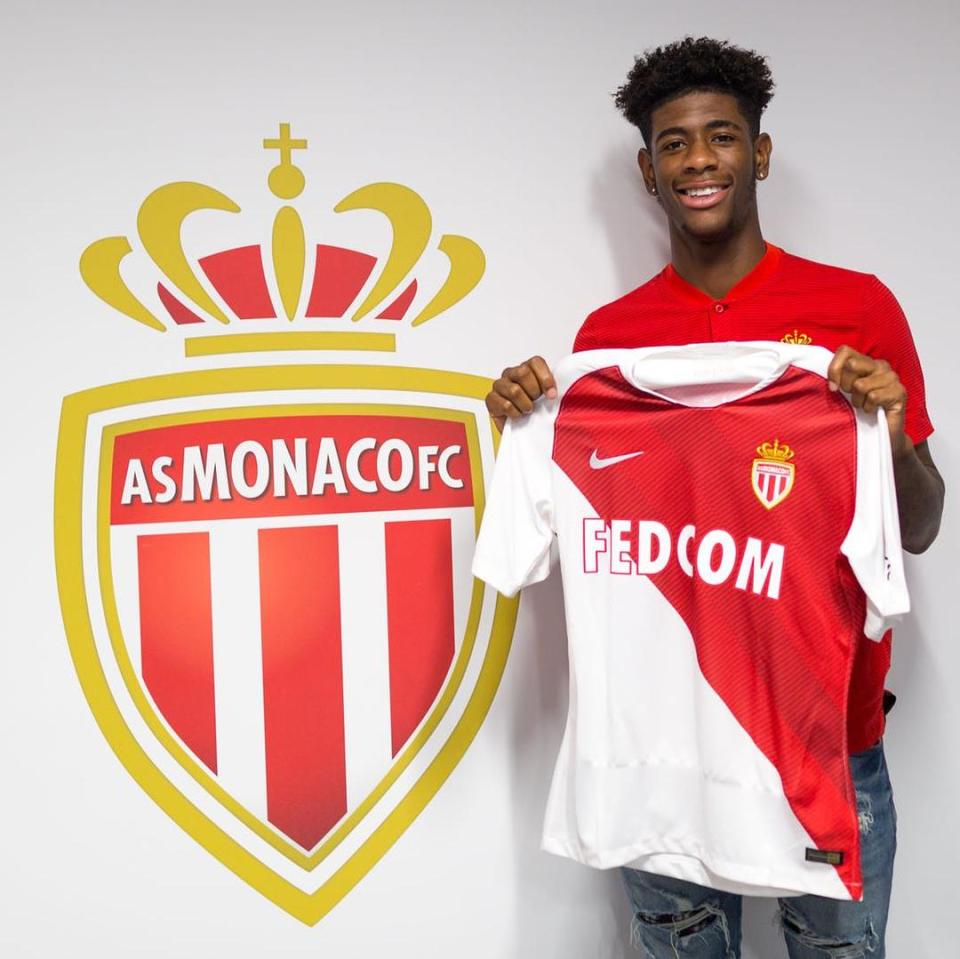 Jonathan Panzo: Stepping out of his comfort zone

These were uncharted waters, a situation that Monaco fans could never have foreseen going into the new season. Some looked at the departure of sporting director Luis Campos to vent their frustrations, others Leonardo Jardim’s questionable team selection. But to point fingers and blame individuals would do the whole mess an injustice. For a club of Monaco’s size and history, a 17th-place finish, just three points clear of relegation, was almost unforgivable. The appointment of Thierry Henry as manager, the removal and subsequent return of Jardim exposed deep structural problems within the club that no transfer window or managerial change could quickly rectify. This was not in the script for the 2016/17 Ligue 1 champions.

The same could be said for Young Lion and former Chelsea player Jonathan Panzo, who, as far as centre backs go, is one of a rare breed.  Young left-footed central defenders are hard to come by these days, very few that have the athleticism, technical ability and passing range of a Jonathan Panzo at least. The CV isn’t too bad either. As one of a select few England footballers that can lay claim to a World Cup medal, the man from Brockley is a born winner. It would be almost rude to forget that quadruple winning season under Jody Morris in 17/18. If only he and Frank Lampard had made a managerial step-up into the Chelsea first team that bit earlier.

‘Even before [Maurizio Sarri] came, there weren’t many players breaking through or training in the first team either. You always had that feeling there. You felt like there was an academy and a first team. It was a step outside of my comfort zone to try and push myself forward quickly.’ 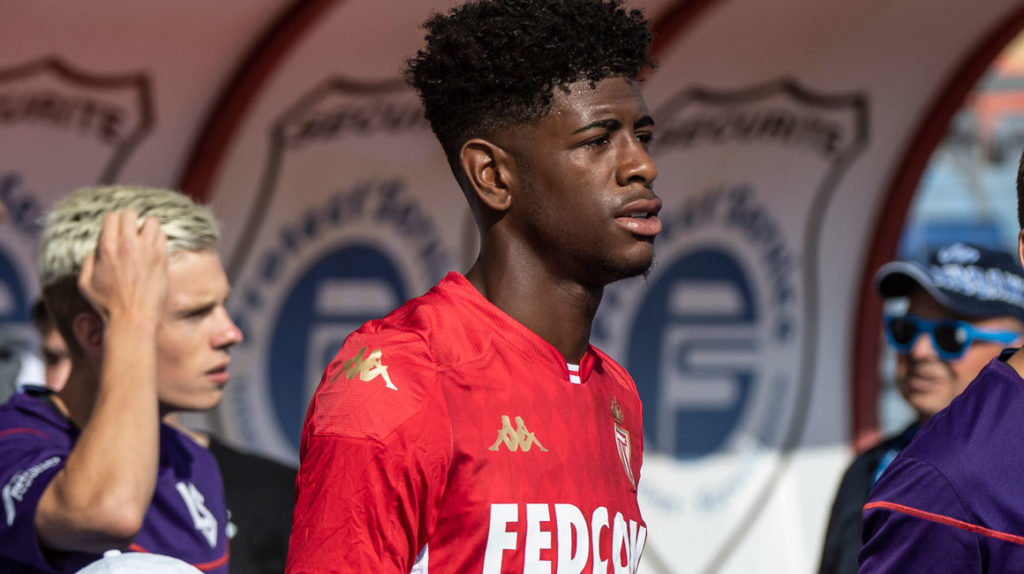 Now 19 years old, Jonathan was ready to make a name for himself, and AS Monaco was that platform. Kylian Mbappe had already shown the way. So to have made one first team appearance in his debut season, a 1-0 win over Lorient in the Coupe de la Ligue, was far from ideal.

‘I thought I’d be in the first team more. It was difficult. The [managerial] situation was going on and on and they didn’t really have time to be playing youngsters. Sometimes you need to be realistic with yourself. Players in front of you might genuinely be better than you. At times, you think that you should be playing in front of this person, but they’ve got all this experience. Things happened and I had to go the B-team which was a good experience as well. In the B-league, you play against big thirty-year-old men that are fighting for their money and against relegation, the equivalent to League 1 or maybe League 2. You’ve just got to stay strong and move on to the next [season].’

2019/20 began positively. A pre-season trip to Switzerland and Belgium provided Jonathan with a number of opportunities to impress under the watchful eye of recently re-appointed manager Jardim, and take them he did.

‘I thought that I was doing well, and from what the coaches and the players were saying, I felt that [my chance] was going to come sooner or later. I proved myself in training and what I worked for came true. I didn’t think that I’d be playing the first game though,’ the Monaco defender tells TheSecretScout.

Lyon at home in front of a packed Stade de Louis II stadium was going to be quite the curtain raiser, and for Jonathan, it promised to be a rather busy evening on debut.

‘I had Moussa Dembele. When I was younger, I was watching him for Fulham at youth level. I was like rah, from watching him to now playing against him. I’m doing something well at least. With someone like a Dembele, he’s stronger than you and knows how to use his body. He might give you something that you’re not used to and he’ll mix up his game a bit. For my first game in Ligue 1, in a big match like that, I don’t think I did too bad.’

While a 3-0 home defeat was probably not how he had imagined it the night before, Jonathan could leave the pitch with his head held high, his performance being one of the few bright spots in what was otherwise a dark and sobering 90 minutes of football for Les Monégasques fans. The degree of confidence and assurance on display was more than enough to suggest that there was a player here worthy of a starting role, if anyone at Monaco needed more convincing.

Except the world has a weird way of throwing up new challenges.

On 30 August 2019, five days after making his second league appearance in just three games, Monaco made the decision to send the England U23 international out on loan to feeder club Cercle Brugge.

‘That one caught me off guard a bit. I was doing well, but that’s football. One day you’re doing well, the next day you’re out of the team. At the end of the day I gained more experience on loan.’ 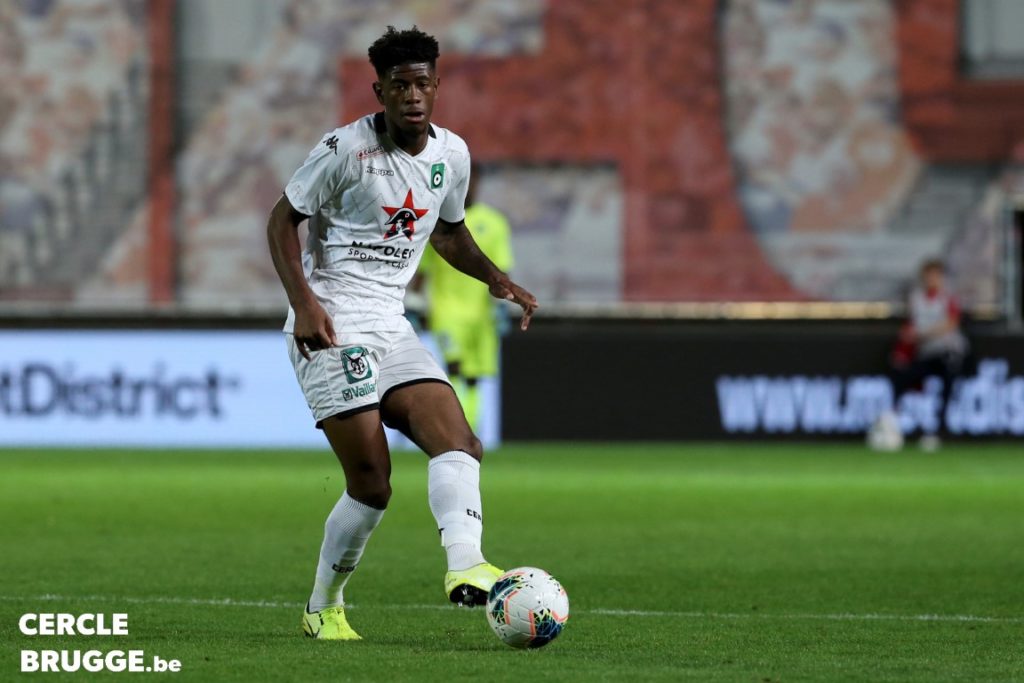 Jonathan was determined not to let another year of football pass him by. Consistent playing time was a priority, and minutes at left back were better than nothing. However, for a man so used to winning, scrapping it out at the bottom of the Belgian Pro League came with its difficulties.

‘Battling for relegation, it’s not just about the pitch but also the mental [aspect]. It is mentally hard, if you keep losing week in, week out and you might not play well. You have to stay positive, work on what you can improve, and try not to dwell on mistakes,’ reflects Jonathan.

This was an opportunity to develop a resilience that academy success at Chelsea could never have taught him, an opportunity to grow both personally and spiritually. 16th place and survival was a different type of success, the kind that calls for level-headedness and positivity when victories become something of the past.

Remaining positive is certainly easier said than done. Jonathan could be forgiven for a lack of optimism, especially given that luck has not been on his side in recent years. Leaving boyhood club Chelsea in 2018 to better himself elsewhere was tough, only to see the pathway open up while game time had grown limited in France.

But he is simply not the bitter type.

‘It would probably sting anyone to be fair. I’m really happy for all the players that I played with [who have made the step up into the first team] and I’m not going to be jealous just because I didn’t get my chance. Everything happens for a reason and I’m grateful for where I’m at. For me, it’s about staying true to yourself and God, because he helps you get through things. Your time will come, so keep working hard and be patient.’

Football, if rumours are to be believed, should be coming back to French stadiums in the not too distant future. And Jonathan Panzo will be returning to Monaco for pre-season training, better prepared than ever to establish himself at the club he joined two years ago, this time with Spanish manager Robert Moreno at the helm. It is hopefully no longer a case of if, but when for one of South London’s finest young talents.