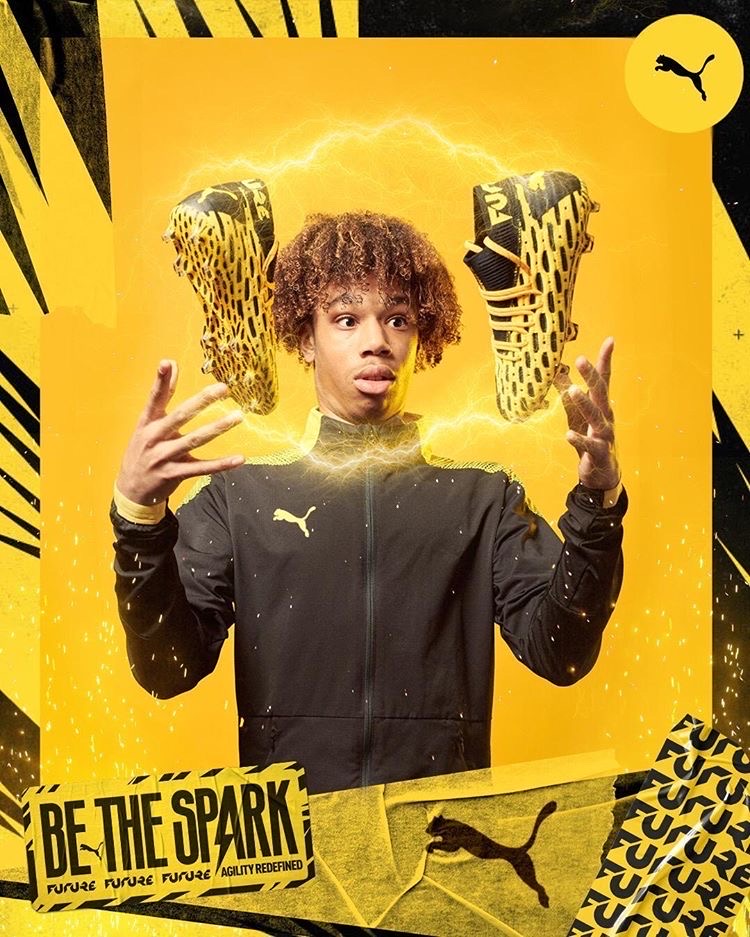 In the first of our new ‘Academy Life’ series, TSS has a sit down with Chelsea and England u15 player Zain Silcott.

TSS: It’s the only way we can start. Everyone has seen the clip by now. The ball rolls, the step-overs, the broken ankles. Talk us through it.

ZS: How it started? I had the ball and was running at [the defender] but he tripped me up and stepped on my ankles on purpose. He said, ‘I’m going to keep on fouling you’ and I thought calm, I’m going to rip you instead. So that’s how it happened. It was a bit out of anger.

433 contacted me last week. I sent them the video and they said it wasn’t clear enough, so I thought they were probably going to forget about it and weren’t going to post. Yesterday, I was playing football in West London. Everyone on Snapchat and Instagram was texting me, telling me to look at the feed but I didn’t understand. I checked my phone and saw it on 433. I was like “What?” Obviously I was happy but still, I’ve got to keep working hard.

TSS: Take us back to where the journey started.

ZS: I was born in Hackney and moved to Islington when I was seven or eight. I played at grassroots level for five to six years, and started off at Essex road giants. I went on numerous trials and was at West Ham, Crystal Palace and Barnet but didn’t get accepted. I kept my head high and thought that I just needed to be myself. When you’re younger, you go into your shell but when I was at Norwich I tried to show my flair and show what I could do. They signed me at ten and I didn’t change.

TSS: You’re now doing your thing at Chelsea for the u15s. As an academy schoolboy, what does the average morning look like for you?

ZS: I wake up at 7:45, even though school starts at 8:40. I eat my oats. I’m late sometimes, but normally I’m on time. Sometimes I feel like school isn’t for me but you need to do it because if you don’t do make it in football you need a back-up option.

TSS: What subjects do you not rate? What are you like at school?

ZS: French. I’d say I’m a good student, all the teachers love me. Obviously, my mum wants me to get good grades and stuff. She said to me ‘I don’t care if you don’t pass French as long as you do well in all your other subjects.’

TSS: Is it training straight after the school day finishes?

ZS: Yeah. My mum picks me up so I leave school quickly and get changed at Cobham. I arrive, see some of the U16s if they’re there and say hello to them. Most of the time, the first thing I do is go and get my white socks.

Obviously there are some days when you’re quite low – it happens to everyone. School has been long and you’ve been concentrating all day and you think ‘Do you really want to work hard?’ But you always need to work hard, no matter the situation at home or wherever. For me, I love training and working hard. Sometimes you might be moody when you go to training and the coaches might get on to you but training can feel like my stress reliever.

In our normal training sessions, we do a rondo and if we have a game, we focus on pressing, possession, tactics, the normal stuff. If it’s not normal training and we have a day release, they’ll make us go on 5k runs or do 1500m.

TSS: You just spoke about the things you do on matchday. Do you ever get nervous before a game? Do you have any pre-game rituals?

ZS: The Floodlit cup was a great experience. In our first game, I was a bit anxious because we were on the main pitch at Cobham and it was a big leap with everyone watching. You’ve got to make an impression so that everyone can have that respect for you.

The only thing I do before a game is listen to music. It just helps with my confidence. I’m a versatile guy. I like music from the 90s, M Huncho, Nafe Smallz, and American rappers. It just depends on my mood.

TSS: You made your first England U15 squad last year. Can you recall first hearing about the news?

ZS: I was actually going to play football somewhere with my friend. My mum called me and said Zain ‘I’ve got good news and bad news.’ I was thinking ‘What have I got a detention?’ I said ‘Can I have the bad news first?’ and she said ‘There is no bad news. You got on the England camp.’ I started screaming on the bus. I was so happy and proud.

The camp was held in Loughborough. When I got out the car, I was with my mum. I was a bit nervous thinking about having to make everyone in my family proud. When I went in, there were three England members of staff. They shook my hand and took my name. After that, I went through, got my kit and met everyone.

TSS: How was the first training session?

ZS: We all came out and the first thing we did after the warmup was a possession drill. I was amazed and realised that there were so many good players here. They were all standouts. I was looking at everyone, thinking ‘This is where I want to be.’

The next day I felt more relaxed. There’s a room where everyone’s playing Fifa and table tennis together. Dubem [Eze] and a couple other Chelsea boys were there, but I didn’t know a lot of people. You start to get to know them and learn about their journeys, which I found interesting because everyone has their different pathways.

It was a good experience because I was starting to learn the England way and understand what the coaches wanted from me.

TSS: Most difficult team(s) you’ve played against this season?

ZS: Charlton and Man City. Charlton are a good team, they’re very physical, but it’s not just like they’re big and fast – they’ve got technical players as well.

TSS: Imagine there’s a big 5 a side tournament in London tomorrow. You’re the coach – who’s getting the call up?

ZS: Keeper I’ll probably go Teddy [Curd] from Chelsea, with Zane Monlouis and Jamal Baptiste at the back. I’m going to have big Sam (Iling-Jr) as a second striker and Dane Scarlett up top.