TheSecretScout understands Man City are facing a battle in their bid to keep hold of 15-year-old Joel Ndala.

The electric winger, who has represented England at both U15 and U16 level, has caught the eye of a number of clubs in Italy, Germany and France with his performances for Man City’s U18s. While they have been plagued by injuries this season, Ndala, born in 2006, has already made an appearance for Man City’s U23s, demonstrating how highly he is thought of by Brian Barry Murphy and his coaching staff. However, with major European clubs circling, including PSG and Bayern Munich, City will want to avoid a repeat of the saga which saw Jamie Bynoe-Gittens leave for Borussia Dortmund in 2020. 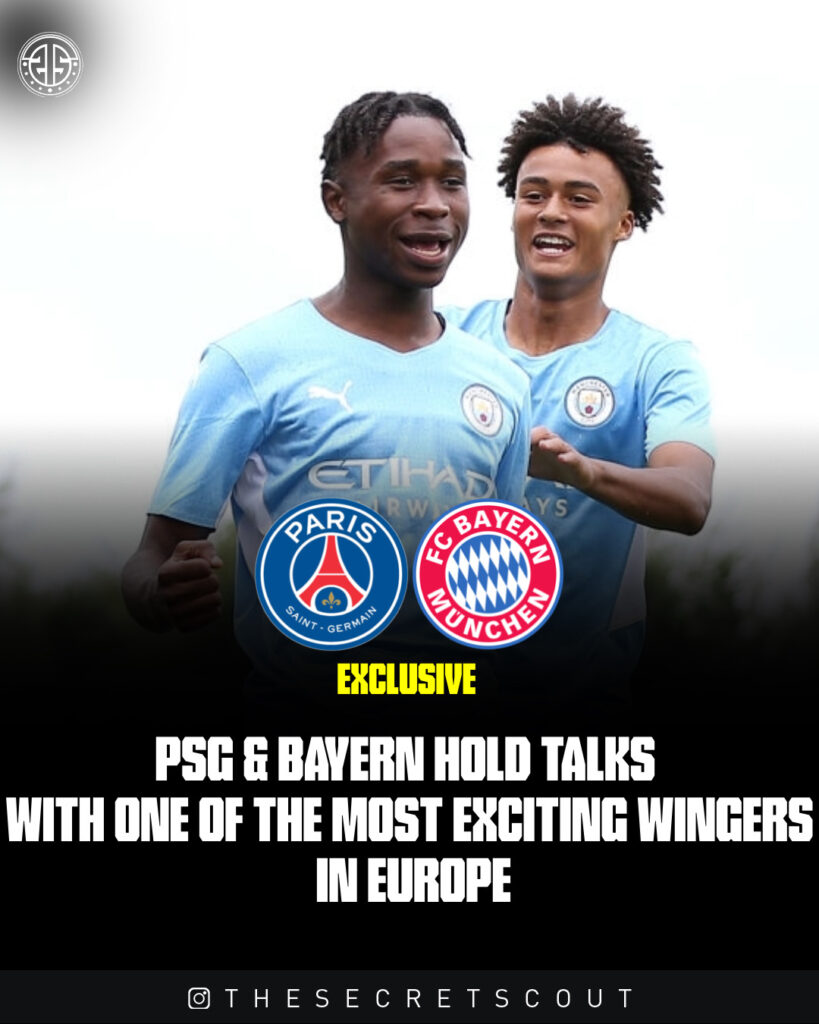