FC Porto have won the race to sign Benicio Baker-Boaitey.

The England U16 forward, regarded as one of Europe’s most exciting wingers in his age group, opted against signing a scholarship at West Ham, the club he spent six years at, and flew out to Porto on Wednesday to complete a medical.

Benicio was the subject of interest from German teams, with Borussia Mönchengladbach chief among them. Reports in Germany suggest that Bayern Munich were also keeping an eye on developments, however, it is believed that their attentions were firmly focused towards the acquisition of Scottish youth international Barry Hepburn. 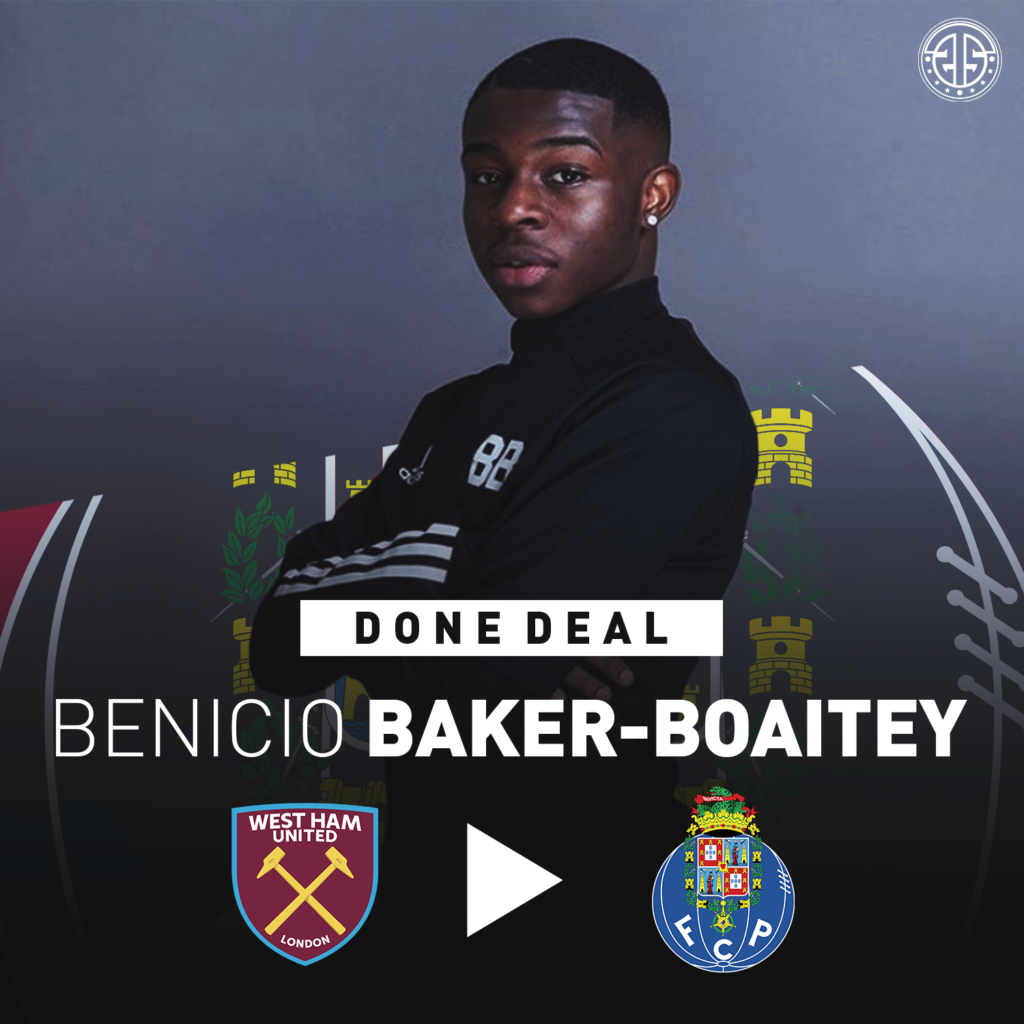 The Secret Scout understands that the contract was signed on Thursday and Benicio will become the second English player to join the Portugese Champions this week, after a deal for 19-year-old Danny Loader was concluded two days prior. The deals represent a significant rise in the number of young British players prepared to move abroad in the search for better opportunities.