The 17-year-old, who made his first-team debut for the Toffees in a 4th round FA Cup tie against Sheffield Wednesday last season, decided to decline the offer of a first professional contract earlier this month.

He has been the subject of interest from top European and Premier League clubs, including Arsenal, Chelsea, Leeds United, Brentford and Aston Villa.

However, it appears to be the Saints who have won the race for the England U17 international, having convinced Small and his advisors of a clearer pathway to first-team football. The prospect of being a second-choice left-back in the Premier League and training with the first-team as an understudy to new signing Romain Perraud are thought to have swayed his decision making, with the early success of Tino Livramento also a decisive factor. In Small and Livramento, Southampton now possess two of the most promising full-backs in England. 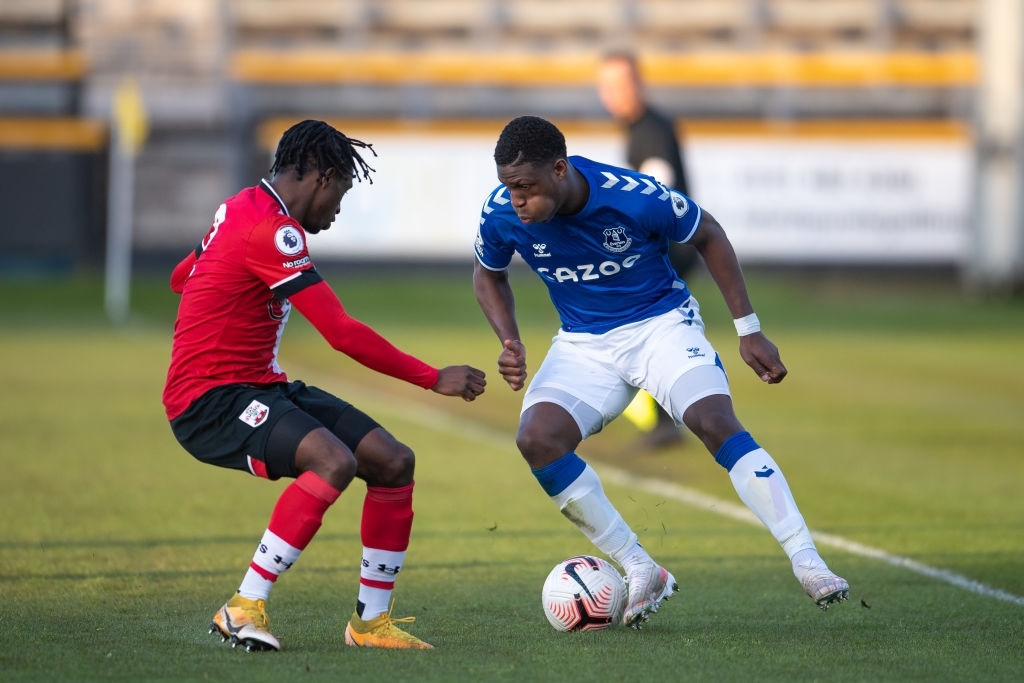 SOUTHPORT, ENGLAND – MAY 07: Thierry Small (R) of Everton in action during the Premier League 2 match between Everton and Southampton at Pure Stadium on May 07, 2021 in Southport, England. (Photo by Emma Simpson – Everton FC/Everton FC via Getty Images)