The Secret Scout understands Aaron Hickey was impressed as Bayern laid out their plans for the Scottish youth international .

Bayern Munich are believed to be closing in on the signing of Scottish full-back Aaron Hickey from Hearts.

The 18-year-old full-back, who has only one year left on his current deal, has attracted interest from numerous clubs, including Bologna, Aston Villa and Sheffield Wednesday.

However, a source close to Hickey’s camp has stated that Hickey is thought to have been impressed by the proposal presented by the German champions, having been taken on a tour of the Allianz Arena and Bayern Munich’s training facilities last weekend. 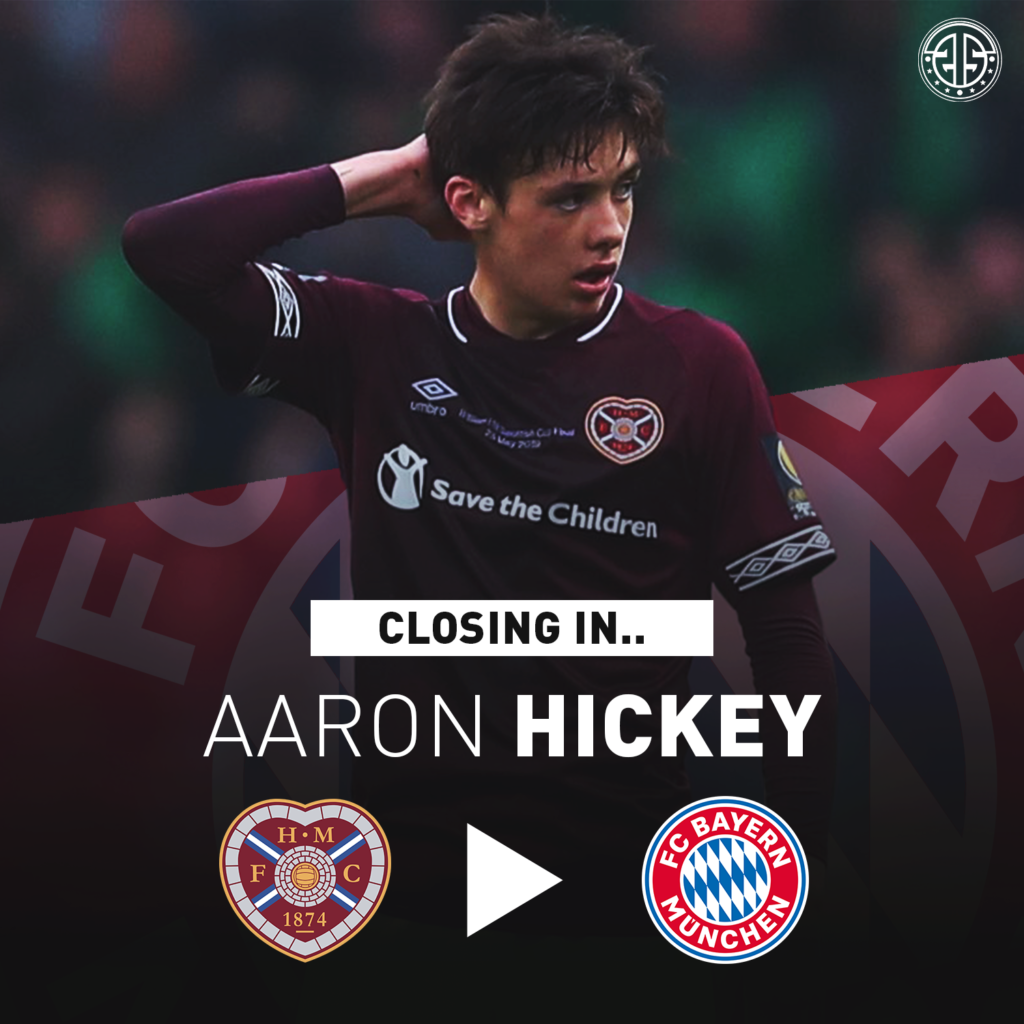 Bayern see Hickey playing for their reserve team, Bayern II, next season, and have also promised the teenager some first-team opportunities, an exciting offer which could prove too good to refuse.