TSS spoke to Newcastle United U23s midfielder Joe White to discuss his impressive start to the season, which has seen him register a number of assists, earning him a place on the bench for their Premier League tie against Manchester United in September. 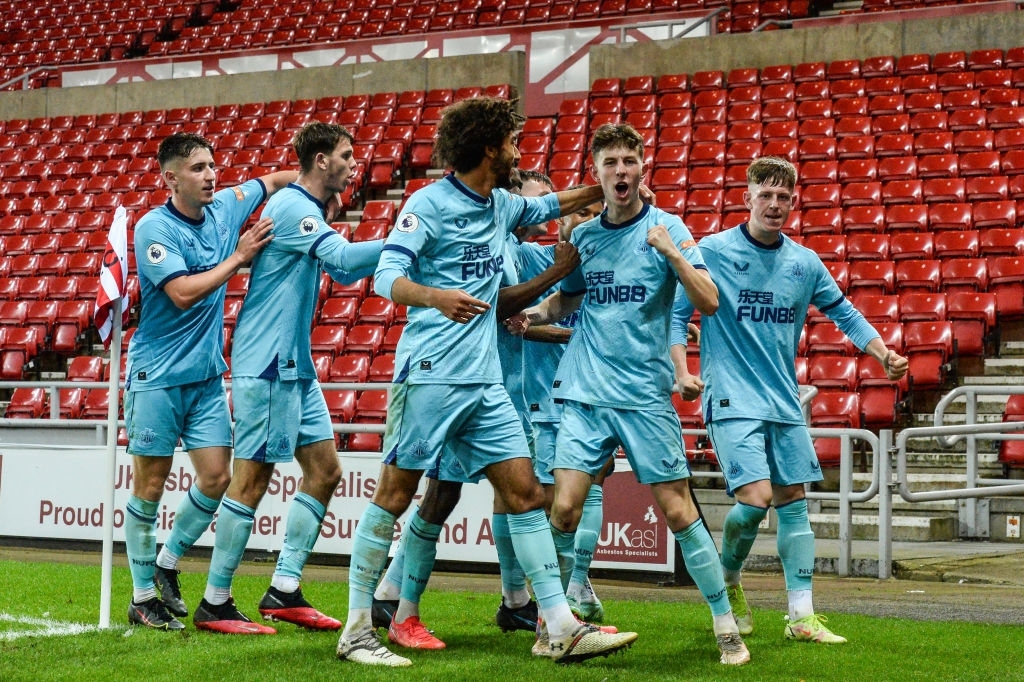 TSS: There’s only one way we can start this interview. As an academy player, now at the world’s richest club, is it a time to be excited or nervous following the Saudi-led consortium takeover of Newcastle?

JW: I think it’s up to us really whether we make it a nervous or exciting thing. If it’s not meant to be, what else can you really do? For every one of us in the academy or U23s, we’ll get chances hopefully. With the takeover, there’ll be more competition so it’s up to us as to which way we see it. For me, I’m definitely excited.

TSS: What was it like entering St James’ Park for the first game of the season under the new ownership?

JW: Even a couple hours before kick off, walking up to the stadium, it was crazy, the best atmosphere I’ve ever experienced. Obviously [with Callum Wilson’s goal] what a start, what a time to score.

TSS: Let’s take it back a bit. Where did the footballing journey start for Joe White?

JW: On the streets, just with my mates, local teams. I was at Carlisle when I was seven, and I always played up. I was there till I was 13-years-old. I had a two-week trial at Newcastle, and there was one game against Blackburn where I did well. We had a national tournament and in our group were Chelsea, Ajax and Southampton. I started against Chelsea and Southampton and did well, and was on the bench for the Ajax game. We were getting smashed and I remember coming on, megging two people in a row. That’s when you get respect from your players after joining a new team. After that two-week trial in January, I played for another six months, finishing the season with Carlisle. I remember just being on holiday, waiting and waiting for it to happen. My dad was more stressed than me! It seemed like it wasn’t going to happen, but two weeks before the new season was about to start, it went through!

TSS: I also read your family has a rather impressive footballing background! How important a role did late granddad Peter Hampton play in getting you into football?

JW: My left foot’s from him! He won division one with Leeds, played at Stoke, Burnley, Rochdale, and finished his career with Carlisle!

TSS: You’ve had a really good start to the season, registering 2 assists in the last 3 out of 4 PL2 games! What would you attribute that early success to?

JW: I had a really good first-year scholar season. I was training with the first-team at 16 and made my England debut that year. Last year, I missed 22 weeks combined, with two ten-week injuries, and missed the FA Youth Cup quarters against Aston Villa. It was so hard but I think I learnt so much from that as well.

This season I was so motivated to get back and you realise how much you miss it when you’re out for that long. I’m trying to get as many games in as possible. 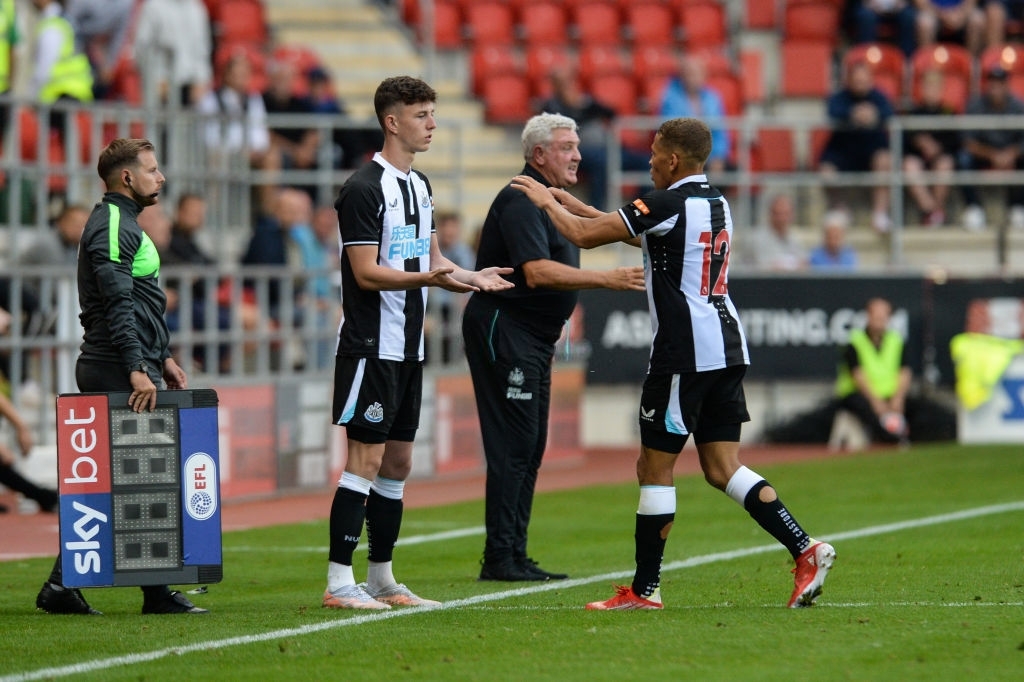 TSS: When did you find out that you were going to make the Premier League squad for Man United away?

JW: I found out the day before. I trained all week, and every time I kind of counted who was training and by the end of the week, I thought I’ve got a good chance of making the bench here. I was just at home and got a call from a coach who was high up in the academy last year and is now.

We got to the hotel and we were down for dinner in 3 hours. I was in the lift with Sean [Longstaff] and Joe Willock, who was like ‘Have you got your song ready?’. I totally forgot about it. I got in my room and the same coach who told me to pack my bags told me to get my vocal chords ready. [In] the three hours before, I was more nervous for that than I was for the game.

TSS: What did you sing? How did the performance go?

JW: Never Gonna Give You Up by Rick Astley. I was standing up on a chair and it was so tight. It was horrible. One of my mates did it and I saw a video of it and thought that it was decent. I had been waiting for this moment for a long time so I wasn’t changing!

Miggy Almiron white flagged it, he just stopped it after 40 seconds. Everyone was like that’s enough. It was one of them where you’re walking back to your room and you’re thinking what have I just done?!

TSS: A day later and you’re sitting on the bench at Old Trafford for Cristiano Ronaldo’s homecoming.  Not a bad day to make your first Premier League squad?!

JW: Ronaldo came out [of the tunnel] last and everyone was just waiting for him. It was like he was glowing and seemed just bigger than everyone. He was jumping up and down and I thought ‘oh my God’.

I thought about [going to have a conversation] with Bruno and that after the game. After the result, I just couldn’t! 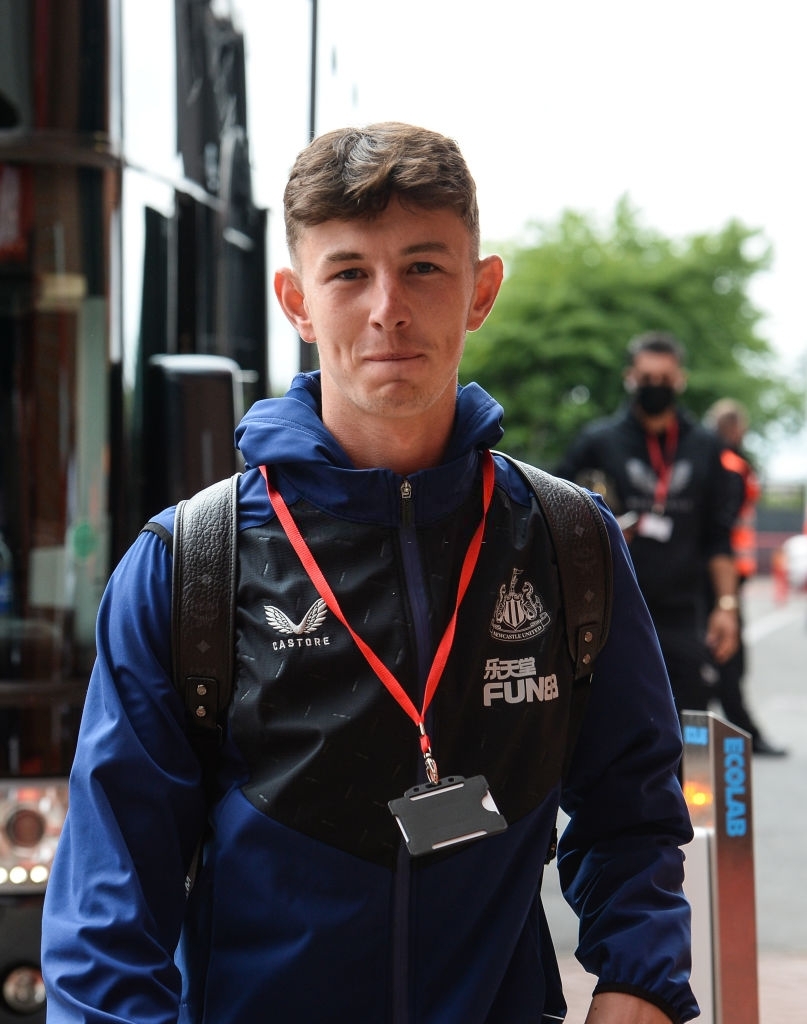 TSS: Are you trying to do some more maths to see if you can make your way into any upcoming first-team matchday squads?

JW: There’s a few back. I think there were five or six injured when I was on the bench. Obviously Callum Wilson is back. Jonjo get sent off against Spurs last weekend so you think it could be this weekend but then you realise Miggy Almiron wasn’t in the squad! You’re always trying to figure out if you have a chance or not! I’m still young though and have got to keep working hard.

TSS: It’s been a while since we’ve seen you in an England shirt. How difficult has it been missing a number of camps due to various injuries etc.?

JW: I’ve been a year and a half away. The amount of players in that team, you just want to be part of every camp, every squad. Last year, the setbacks obviously decreased my chances but I feel like I’m slowly getting back to my best. Trying to get into the England U20s is a big target for me this season.

TSS: 5-a-side team of players you’ve had the honour of sharing a pitch with?!

JW: James Trafford in net. I’ve been mates with him since I was nine-years-old. I remember he came in on trial at Carlisle, he was a CM. I don’t even know how he got on trial as a CM! We needed a goalkeeper and Traff just started saving all these shots. Everyone was like “who is this?”, and then he went in net and everyone was like, ‘oh my God!

I’m going to go for a diamond formation. At the back I’m going for Remi Savage. JW56 and James McAtee in midfield. He scores for fun. Striker? Sam Greenwood. I was roommates with him at England and I remember he scored a pen, putting it in the top top corner. [When it comes to] freekicks and pens, he’s a joke really.

TSS: Talking of penalties, you could do with a few of those to get yourself up and running for the season, no?

JW: Hopefully when we’re 4-0 up we can afford to take one! I remember a few years ago, I was on a pen but I gave it to someone else, and he missed. The coaches were not happy at all.

TSS: In three years time, when we look back at this interview, where does Joe White hope to be?

JW: Three years? Playing for Newcastle, the best team in the world with the best players in the world. That’s the dream. Just to play in the PL and be a starter. Hopefully that’s with Newcastle and it’s up to me to make it happen. Hopefully I’ll be playing for England as well. 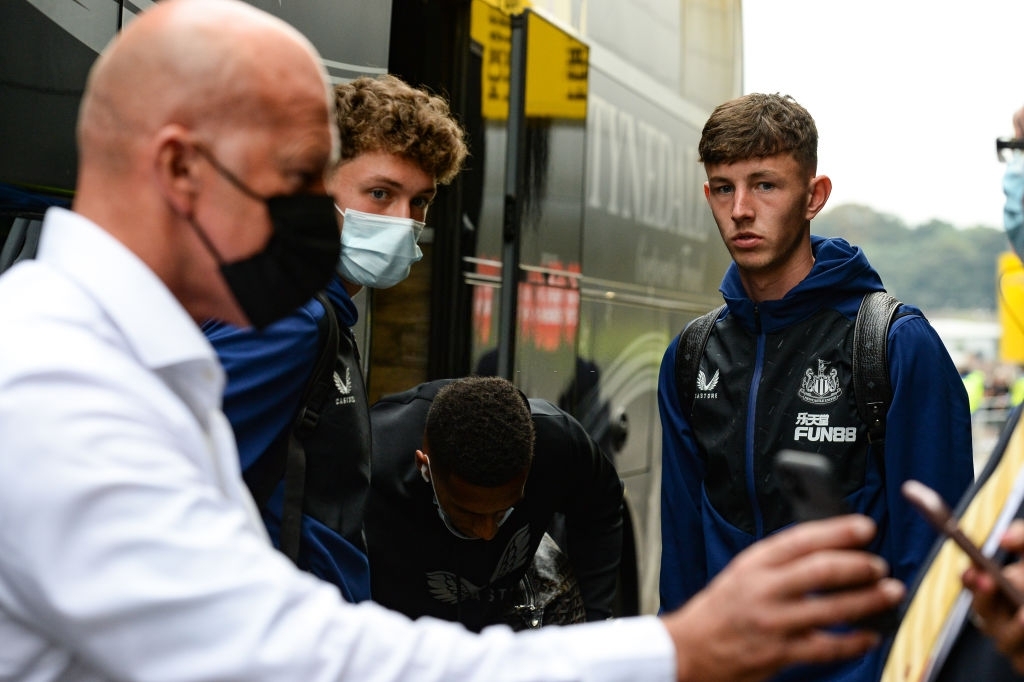 TSS: Thank you for your time Joe, and thank you to those reading! Make sure you follow the socials if you haven’t already! You can find us @thesecretscout1 on Instagram, @TheSecretScout_ on Twitter, and THESECRETSCOUT on YouTube! Stay tuned for more content coming your way…