TSS has a chat with rising Manchester United U23 Striker, Joe Hugill 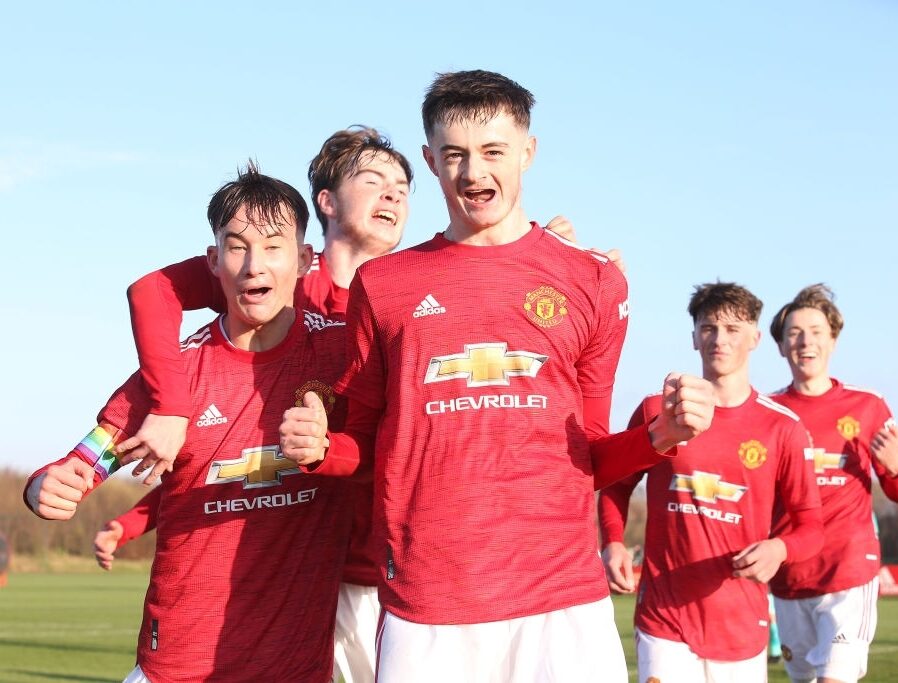 Joe Hugill likes scoring goals. Lots and lots of goals. So many goals that Ole couldn’t resist a quick namecheck in a recent press conference. A remarkable run of form has seen the 17-year-old Manchester United striker shoot to the top of the PL2 goalscoring charts, and he shows no sign of stopping either. We sat down with Joe recently to discuss his journey so far!

TSS: Pleasure to be speaking with you, Joe! First up, when and where did the footballing journey start?

JH: I’ve got two older brothers who just played football and I grew up with them playing in the garden and on the street. I got into the academy system and I never looked back really.

[My first team] was Newcastle. I think I was seven and I was there for a year. I was just one of the few lucky ones who got picked up.

I wasn’t really enjoying it and as a young kid, all you want to do is play football and enjoy it. If you’re not enjoying it, then what’s the point of being there? Sunderland came in and I was there for seven to eight years.

Especially being a Sunderland fan, having grown up watching them at the Stadium of Light [my] whole life, it was mint. You think of them being a Premier League team and it’s sad [seeing them now]. Wearing the red and white stripes,

I was just enjoying my football. I knew more people at Sunderland as well because I [lived] closer and played against people in the Russell Foster Leagues. It was big for me, playing at Sunderland was massive.

TSS: The Athletic has reported that there were a number of clubs interested in taking you from Sunderland, including Tottenham, Leeds and Wolves. Why United?

JH: The opportunity to play for United was just crazy. You’ve got to think about your football. United suited my style. At Sunderland, it was quite defensive, but United is attack, attack, attack. As a forward, scoring goals, [in this team], it comes like an instinct. It is still quite northern as well.

We just felt Man United was the right club and I never looked back! Playing for a club like Man United is every kids dream”

Signing felt as surreal as anything. It was quite tough because it was during COVID as well. You knew what was happening but then you were always thinking ‘When are we going to get down and get started?’

TSS: You just turned 17 in October of last year, and have now got 10 goals in 13 PL2 games, making you top scorer in the competition.

JH: It was easy to adapt. Same club, going in at the same time [with Logan Pye], it helped us a lot, especially going into a quite a new team which had made a few signings. I played U23s at sixteen for Sunderland as well, so I was kind of used to the environment.

Playing for Man United U23s is completely different though because we are in the league above after getting promoted. It’s a massive team, with the players around you. It’s a joke really.

TSS: Talk to me about those four goals at Liverpool!

You kind of develop it and work on it, but sometimes it’s just instinct – you just know what you’re doing and where to put it.

TSS: We can’t forget about Amad Diallo! Having played with him a few times now, what do you think makes him so special, and what happened with that second penalty against Liverpool? 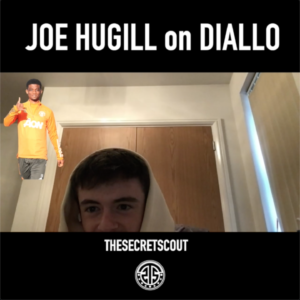 JH: On the ball, his dribbling, everything. Even off the ball, for his first goal against Liverpool, he just pressed him! He’s 18 as well!

It was the first time I had met Amad! He really wanted the first pen, and I was like ‘Nah, I’m going to have it!’ When you’re talking, you’re like ‘I need to score now.’ You don’t want a massive argument as well because the other team will see that. I was on a hattrick, so I had to take the first pen, and for the next one, as it was my first time meeting him, I wanted him to feel welcome! 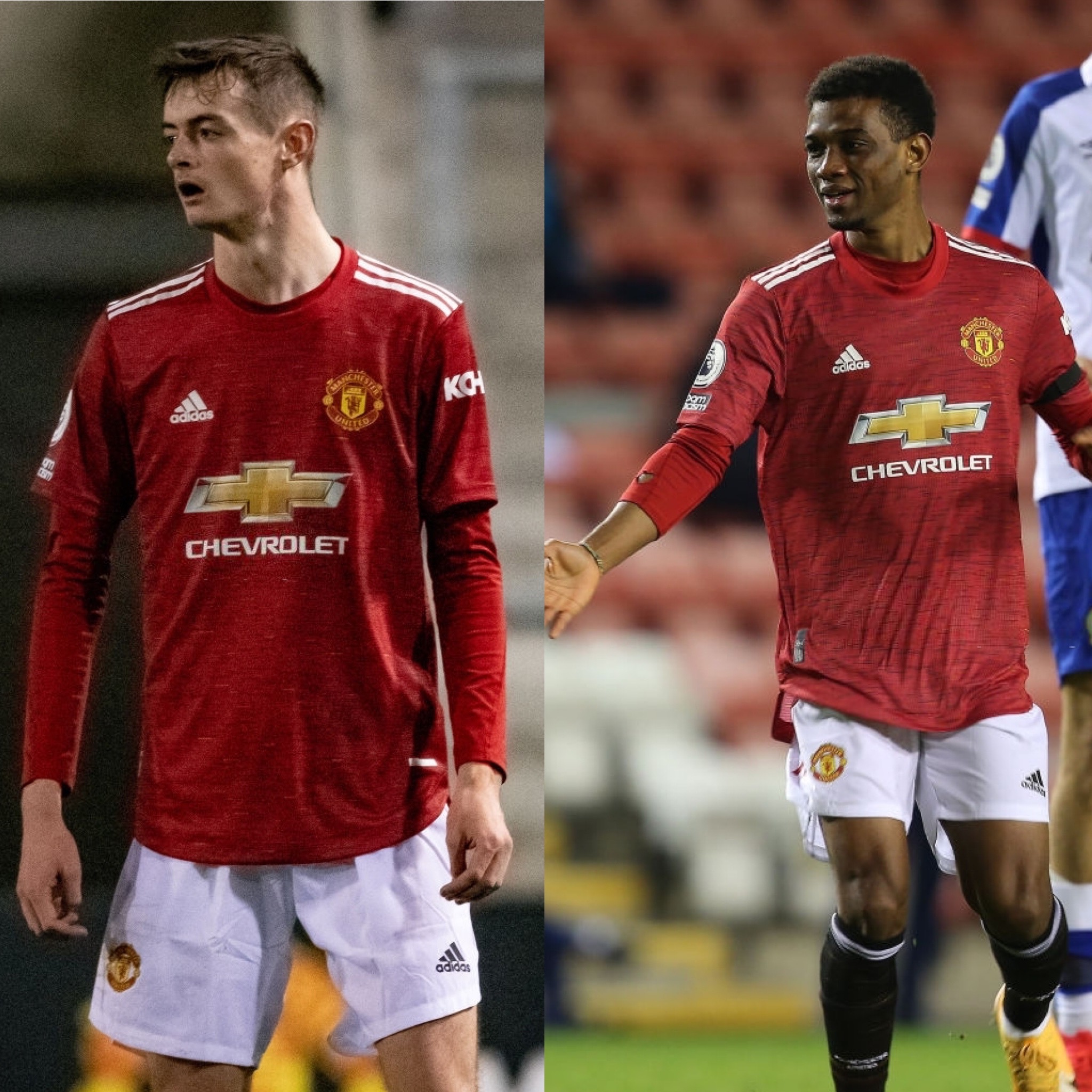 TSS: You received your maiden England youth call up, joining the U18s for a training camp at St.George’s Park in October 2020. What was the experience like?

JH: I found out the day I was starting for the U23s for the first time. I think I scored twice that day as well and it was crazy. That 03 age group is a joke, going with the best players in the country.

There was Kads [Karamoko Dembele], there was Liam Delap, there was Louie Barry all there. You look at them on Instagram and think ‘Yeah, they’re too good’, but then you’re training and playing with them. All of them were as sweet as anything. You just had to be yourself and as long as you included yourself, they all just welcomed you in, and it felt like one massive family. 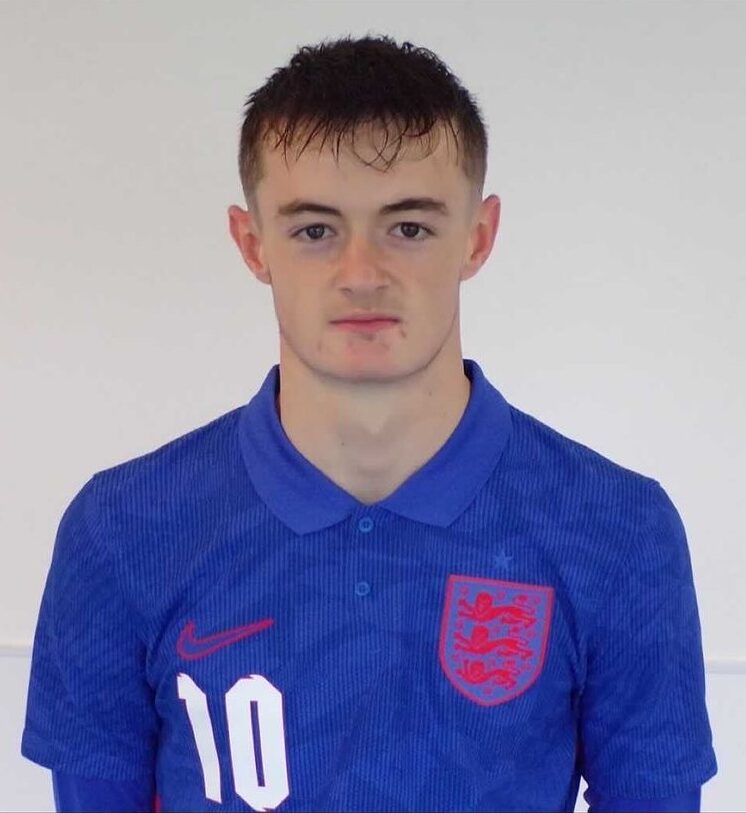 TSS: We’re making it tradition now. Your 5-a-side team of people you’ve played and trained with?

JH: No keeper. Teden Mengi, who would come down to the 23s, obviously on loan at Derby in the Championship now, he’s a leader, calm on the ball. I’m trying not to forget anyone. Ethan Laird at the back, he’s rapid, skilful on the ball, a big strong full back! Logan [Pye] would understand those two [choices]! I don’t even have a clue.

This is the hardest thing I’ve ever done. Midfielders we’ll go with Shola [Shoretire], he’s the boy. Just turned 17, he’s been playing with the 23s all season. Charlie McNeil up front, he’s a bagger. Amad, as well, even playing with him, you can see he’s tekky. Joe Hugill managing. Hannibal and [Anthony] Elanga on the bench! It’s all out attack. The gaffer knows!

TSS: Before we go, I need to ask about your love of motorsport! Who is it that you look up to/support?

JH: I’m into speedway. They’ve got no brakes, and they fly round corners. I grew up watching Craig Cook, who’s been British Champion. Growing up he helped me a lot as well. As a young kid, when you are going through bad times, he’d just crack jokes out. I love George Russell also. When he got in the Mercedes, my head was gone! [Max] Verstappen is just different as well.

Appreciate your time Joe, and thank you to those reading! Make sure you follow the socials if you haven’t already! You can find us @thesecretscout1 on Instagram, @TheSecretScout_ on Twitter, and THESECRETSCOUT on YouTube! Stay tuned for some more content coming your way…