Despite two early losses in their PL2 campaign, the 17-year-old and England youth international has made a good start to the season, impressing with his reflexes and his three penalty saves in as many games!

TSS: Welcome Joe! Thank you for speaking to us. Three penalty saves in three PL2 games already for you this season. What is the secret?

JW: When a player is stepping up, I’ll just go and speak to him. When the ref tells me to go back, I’ll go back. I just try to long it out as much as possible, like drinking some water or touching the post. Mostly, I’m trying to jump around and read his hips to see if he’s going to open it up or put it the other way. The last three games I’ve luckily been able to do that.

TSS: Imagine I’m Miguel Azeez or Joe Gelhardt. What are you saying to me in my ear? 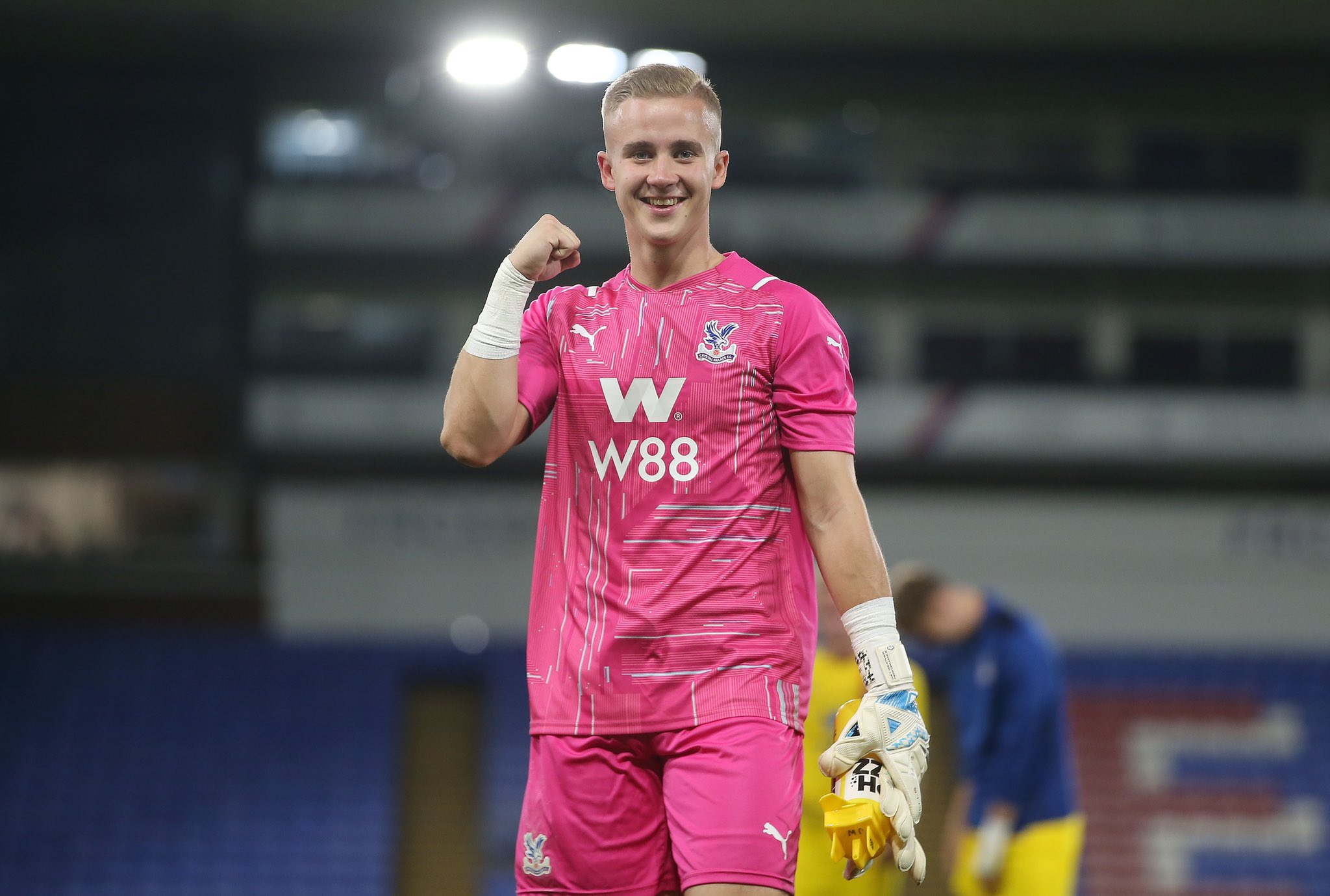 TSS: Talk to me about the origins of your goalkeeping journey.

JW: There was a trial that anyone could go to at a school near my house. You could either go as a striker or as a goalkeeper. At that time, around U11s, I used to score quite a lot of goals, but I didn’t like running around. I enjoyed jumping around and saving stuff so I decided to go as a goalkeeper just to see what happened. I didn’t know anything about academies. I impressed and they told me that they wanted to trial me for the actual academy. After a few weeks on trial I signed.

I used to be quite big and chubby, but when I started at Wimbledon, we were training on Mondays, Tuesdays, Thursdays, Saturdays and playing on Sunday. It changed a lot for me.

Palace bought me when I was an U13, and [as soon as] they came in, I have just kept moving forward with them. I actually support Palace so it was a no-brainer for me.

TSS: You form part of an age-group at Palace which has enjoyed a lot of domestic success, winning the Floodlit Cup at U15s level. Why is your age-group in particular so strong?

JW: We have a lot of good players in our age group, and whenever we get trialists, they’ve always got a bit about them. Everyone will tell you that the area has so many good players. We’ve got a good understanding of each other, and know who works together well, as shown by how well we did last season.

TSS: Have you had time to process and digest the pain of just missing out on the top spot of U18 PL South last season?

JW: It’s a tough one. We lost [the league] on goal difference which isn’t what you want. The annoying thing is we actually beat Fulham twice last season, home and away. It is what it is. There are games which we should have won, and you can say all of that but Fulham won at the end of the day.

TSS: In games, when you’re quite clearly the dominant team seeing a lot of the ball, did/does it ever get lonely at the back last season? Can you afford to let your mind wander when you’re 3-0 up?

JW: If we’re bopping another team, I’m still trying to organise people, look for the best pass or use myself to help move the ball. Obviously you’re going to think about other things, like what you’re going to eat after the game or whether I’m going to get a kebab. You do have to stay concentrated though because anything can happen!

In a game, I do shout a lot but I’m not always shouting for the sake of it!  When I need to shout, I need to shout. Sometimes, if you raise your voice, it’s going to make a defender do something quicker. 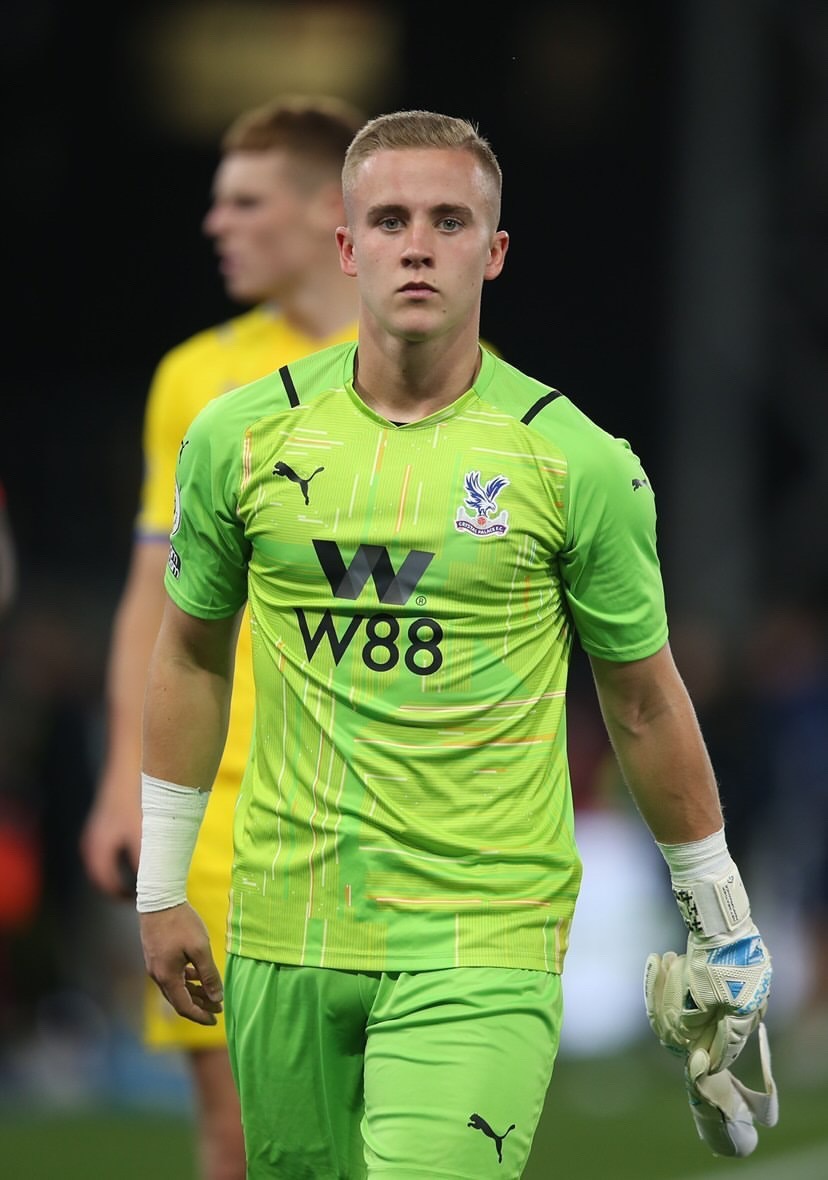 TSS: You’ve been playing up again this season as the starting goalkeeper for the newly promoted U23s. How have you enjoyed your first few weeks with the group, and what are your plans for the coming year?

JW: We have got a new gaffer who was our U18s coach last year, and a lot of us know the way he wants to play. I feel like we’ve been a bit unlucky because in the first two games we got a red card, and they were both in the first half which killed it for us. The first game we had 11 players on the pitch we got three points! Hopefully we can beat a big few teams this season!

I’ve seen a lot of goalkeepers have different journeys. Jordan Pickford has been on loans and worked his way up. I think a lot about the future to be honest. You can’t make a plan because lots of things change in football, but this season, I want to keep playing U23s football consistently. There might be a point in the season where I’m out of the team, and I’ve just got to work to get back into it. We’ll see what happens. Next year, it would be good to get a loan in men’s football which is totally different to U23s.

TSS: I’ve also seen some recent pictures of you in first-team training over pre-season. What was that like and how have your interactions been with new boss Patrick Viera?

JW: It’s been so good! The difference in levels are big, for example how quick everyone moves the ball, how quick the shots are, and how precise the shots are. When I went up, I just really enjoyed it. It wasn’t anything stressful.

I’ve spoken to [Patrick Viera] a few times, and when I’ve been in meetings, it’s very clear how he wants us to play. The way he delivers meetings is so good, and as the season goes on, we’ll hopefully see some more good performances and results on the board after the international break. It was really interesting and good to see.

There have been a lot of us [academy players training with the first-team], especially in pre-season. Jes [Rak-Sakyi] obviously made his debut against Chelsea, and Rob [Street], Reece [Hannam], and Scott [Banks] have all been on the bench recently as well. As an academy player, you want to see your mates on the bench getting opportunities because it gives you the belief that you can do it as well. It’s mental. Everyone’s buzzing for them. You think that if he can do it, I can do it, especially when you see players your age that you’ve played against making debuts.

TSS: And finally, of course, we couldn’t let you leave without asking you about your 5-a-side team of players you’ve shared the pitch with!

JW: Me in goal. Playing outfield when I was younger helped my distribution a lot. We’ll play a 1-2-1. I’m going to play Charlie Webster, and in the 2, I’m going to play Jes Rak-Sakyi and Shola Shoretire. Up front, Dane Scarlett!

TSS: Many thanks for your time Joe, and thank you to those reading! Make sure you follow the socials if you haven’t already! You can find us @thesecretscout1 on Instagram, @TheSecretScout_ on Twitter, and THESECRETSCOUT on YouTube! Stay tuned for some more content coming your way…