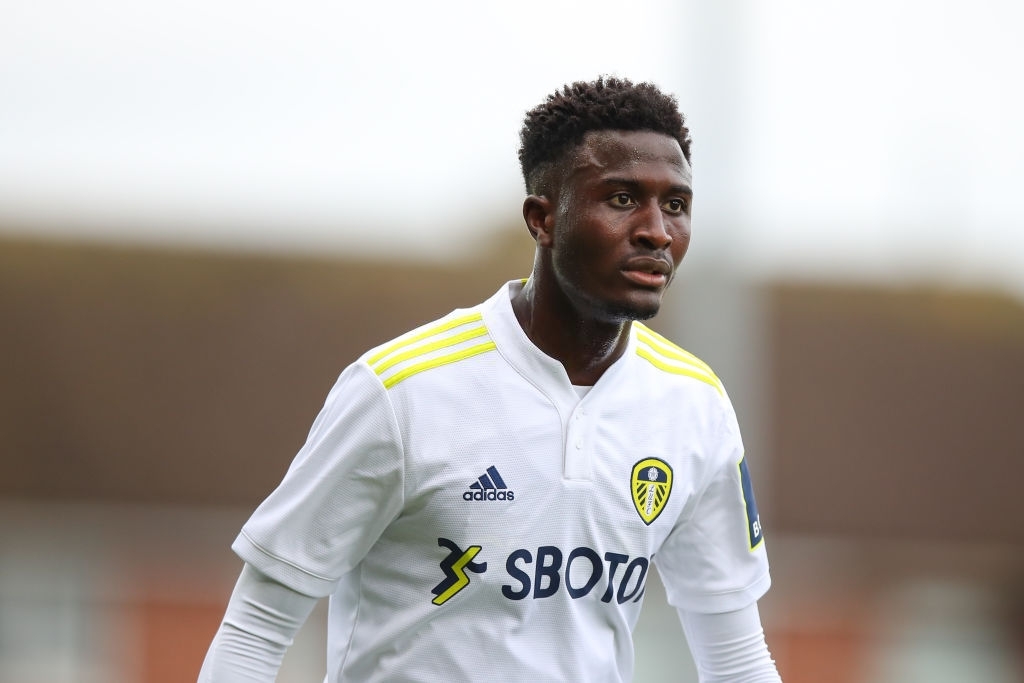 TSS spoke to Leeds United’s Scholar of the Year, Nohan Kenneh, to discuss his footballing journey.

The versatile midfielder, who has been capped numerous times by England at youth level, has started the 21/22 season playing at centre-back and will be looking to establish himself as a key member of the newly promoted Leeds United U23 squad.

TSS: Pleasure to be speaking with you Nohan. I would love to learn a bit more about your early years. What can you remember about your childhood and how do you think your refugee background has shaped the future you are currently trying to carve out for yourself?

NK: I was born in Liberia. Early memories were just me playing about in the playground, getting in trouble for not coming in early. Those days, obviously everyone wanted to be a footballer. I came over here when I was around six or seven so I don’t have many memories of when we were in Liberia but they’re all positive.

I’m telling you, when I came [to England] around December in 2010, it was so cold. It was a culture shock, but I feel like I adapted well. I was quite shy in school, but at lunchtime, I was in my element playing football. I started getting noticed. That’s when my sports teacher tried to arrange a trial for me at Leeds.

At that trial, there were so many people, around 50-60 of them. I’m not going to lie, I was so nervous but I did really well. Straight after, they told me that I was going for a six-week trial. Only two people got in, me and a goalkeeper. It was mad. Every day I think about it!

TSS: You’ve been playing up at Leeds ever since you signed. When did it dawn upon you that you were quite good at football?!

NK: I think it was then I received my England call-up at U15s. I think I was 14 at the time, and remember thinking, ‘Wow!’ Our age group at that time was mad. We had Jude [Bellingham], Jamal [Musiala] and Harvey Elliott. We were probably the best in the world at that time. Our first game, we bopped Holland!

The England manager, Gareth Southgate, also used to come to our games. He used to come to the changing room and those moments you won’t forget. When you see the manager take his time out to come and watch our games, it’s only going to motivate you at the end of the day. 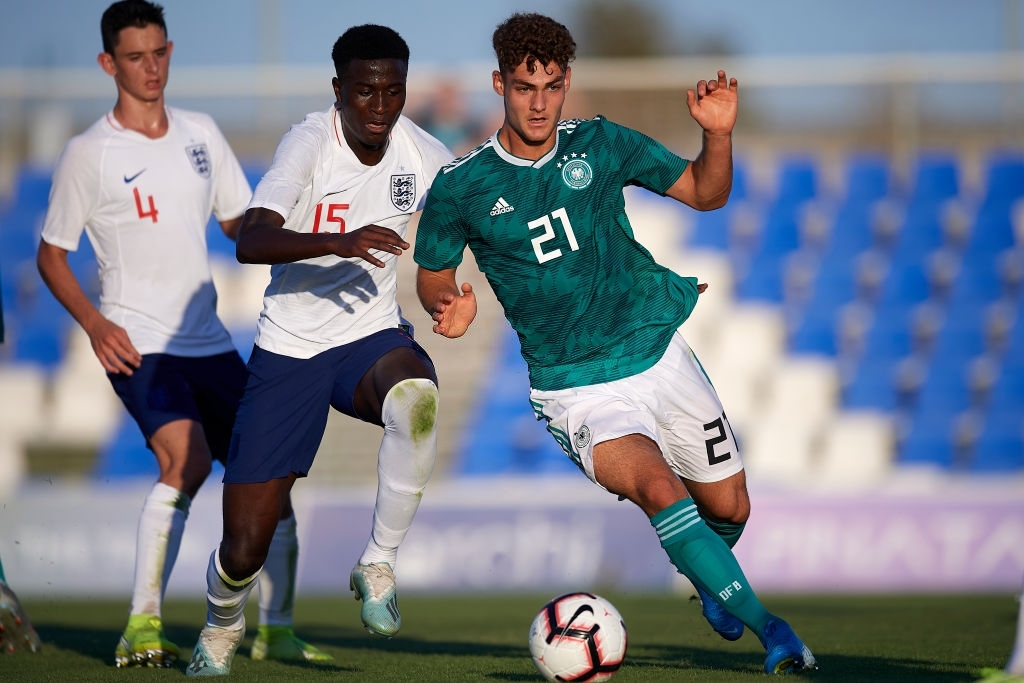 Turan Calhanoglu (TSG Hoffenheim) of Germany and Nohan Kenneh (Leeds United) of England compete for the ball during the international friendly match between England U17 and Germany U17 at Pinatar Arena on October 10, 2019 in San Pedro del Pinatar, Spain. (Photo by Jose Breton/Pics Action/NurPhoto via Getty Images)

TSS: Best experience away at an England camp?

NK: I’d probably say the Syrenka Cup at U17s, that was our third trophy and there were a lot of very good teams. We had a difficult start. The final was very strange. We scored 2 in the first 10 minutes. I was playing as a four, with myself, Jamal and Jude in the three. Jamal scored a great goal, the one where he just ran through the whole team. You’ve probably seen it quite a few times. Then Harvey scored. They came back to 2-2 and we just switched off.

From there, it was a very tough game which went to penalties, and as we were playing in Poland, the crowd was obviously against us. They were all very excited, so when we won we had to shove it in their faces. I was the sixth person [to take a penalty], so I was lucky!!

TSS: How would you reflect on last season, both individually and as a team?

NK: Last year was quite strange for me with injuries. At the start of last season, I did my shoulder which was tough because it was pre-season and that’s when you need to show yourself. I was out for eight weeks and it made me mentally strong but it was difficult. I missed around two [England] camps and came back around November.

However, I can’t really complain. The boys did well. We just entered Category 1 status that season so to win the [PL2 Division Two] first time out was massive. Obviously I can’t wait for Division 1.

TSS: Leeds signed Joe Gelhardt, Sam Greenwood, Crysencio Summerville and Cody Drameh for the U23s last summer. It must have been nice to see a few new faces come through the door, no?

NK: [The new signings] were very big. When they came in, they settled very quickly, especially Sam. From minute one, he was doing extra. When the season started, he was in shape and started banging in goals, left, right and centre. He does those free kicks in training, it’s so natural! 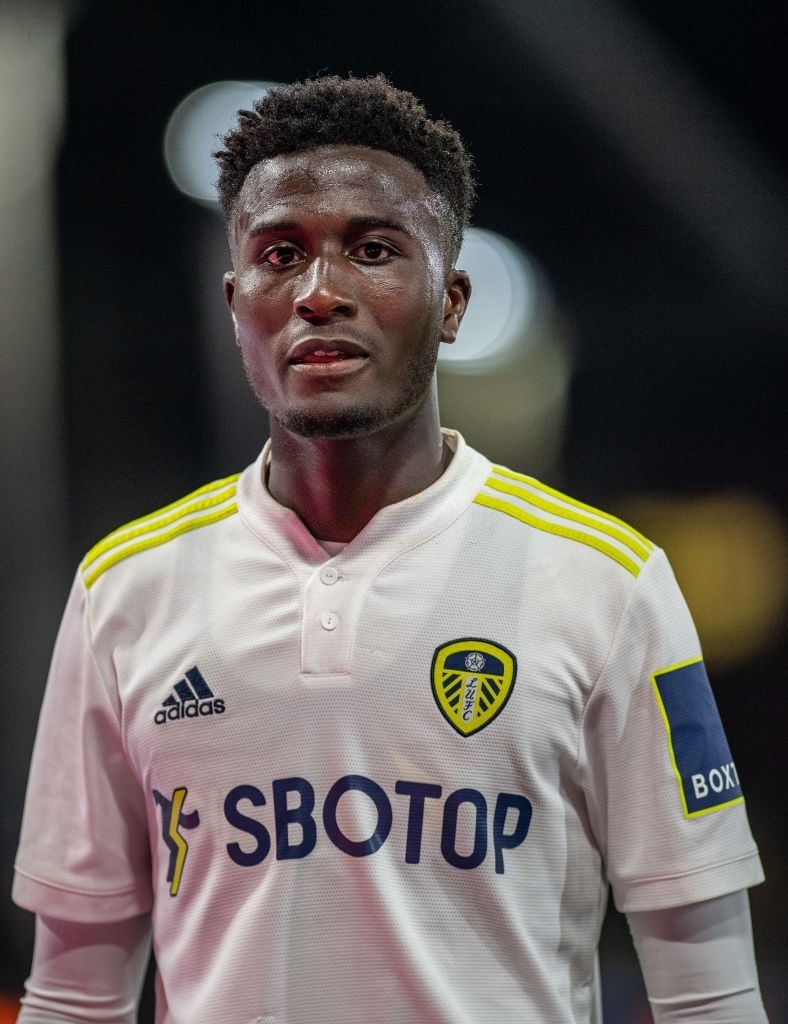 LONDON, ENGLAND – AUGUST 16: Nohan Kenneh of Leeds looks on during the Premier League 2 match between Crystal Palace and Leeds on August 16, 2021 in London, England. (Photo by Sebastian Frej/MB Media/Getty Images)

TSS: How has it been mixing with the first-team for pre-season training?

NK: It’s been tough. The first few days we came in, we didn’t really see the ball. Everyone was on their knees. It was hot man, 1st of July, oh my god! They didn’t even take us to the training ground, they took us straight to the university where there is a running track, and we just had to run around there. It’s so important though and it’s sick to be back. You’re going against experienced pros. To me it’s a challenge but I love a challenge and it’s only going to improve me at the end of the day.

TSS: What makes being coached by Marcelo Bielsa so rewarding?

NK: When the game comes, you feel light, you feel fitter and you can run about. That’s when you clock it. He’s got that attention to detail where he wants everything to be perfect, even the cones. It puts you on your toes in training, not even just for the players but also the coaches. They don’t want to mess up and I love having that pressure.

Murderball isn’t even football. He’s standing in the middle of the pitch, screaming at you to run and to receive the ball. That’s just fight or flight. Be there or go home. It’s good competition. At the start of the session, he deploys all the coaching staff around the pitch. When the ball goes out, there’s no stoppages in play, there’s no fouls and there’s no offsides. It’s just you vs your opponent. Everyone’s gone at the end.

TSS: Where does Nohan Kenneh want to be in a few years time?

NK: Not at right-back! I feel like centre-back and defensive midfield are my two positions.

I’m very ambitious and I’ve got aims as to where I want to be. I want to make my debut for the first-team. [A loan] is in the back of my mind but I feel like having that patience and waiting for my time. I need to stay grounded. Let’s wait and see.

I look up to people like N’golo Kante and Alphonso Davies. His family were also from Liberia. When you see those similar journeys, with Davies playing against [Lionel] Messi in the Champions League, they really motivate me to say that anything is possible in life.

TSS: Thank you for your time Nohan, and thank you to those reading! Make sure you follow the socials if you haven’t already! You can find us @thesecretscout1 on Instagram, @TheSecretScout_ on Twitter, and THESECRETSCOUT on YouTube! Stay tuned for some more content coming your way…