TSS sat down for a chat with Bayern ll winger Nemanja Motika to discuss his youth journey and playing in the German 4th Division.

A late developer, Nemanja has always had to think about the game, how to avoid bigger players, and to use his speed and intelligence. Now 18 the young winger is now physically ready and is already showing signs of his great ability for Bayern ll

Hello Nemanja, it’s an honour to speak with you. Thank you for taking your time.

TSS: Tell us something about your first experiences with football. What has your youth journey been like?

From a very early age we played on the local pitches together against much older people and we were always on the sides. Since then people have said we had the potential for bigger things.

Our first club was called, SV Blau Weiss“. That is a local club in Berlin. Then we moved to our second club which was BFC Preussen. Subsequently, we switched to Hertha 03 Zehlendorf. We have had an amazing time in that club and also made great memories. After that our path led us to Hertha BSC Berlin. 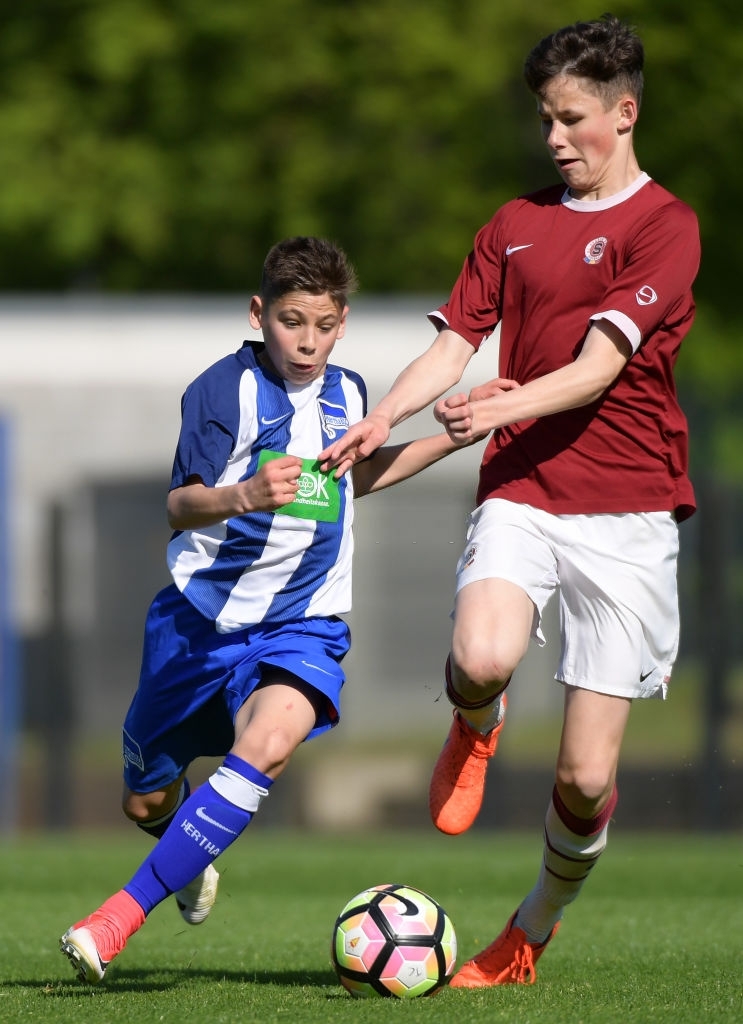 BERLIN, GERMANY – left: Nemanja Motika of Hertha BSC U14 during the game of the 3rd place during the Nike Premier Cup 2017 on may 7, 2017 in Berlin, Germany. (Photo by Jan-Philipp Burmann/City-Press via Getty Images)

TSS: Nice! In 2017 you and your teammate Torben Rhein decided to leave Berlin and join Bayern Munich.

As we know you arrived 2017 in Munich to play for Bayern. But we all know the last time a youth player came through to the pros was David Alaba 7 years before. Bayern Munich is one of the top teams in Europe. It’s difficult to get the opportunity in the first team. That’s why I am curious about the reason for your decision?

Motika: The education is great. Our possibilities and our conditions are outstanding and the best in Europe. The experience at Bayern Munich is unique. Bayern is Bayern, you just have to say yes if you get the chance to play at such a club

TSS: According to your statistics, performances, and playing times, you made a big leap in your development during the Corona break. How did you manage to keep your motivation for the sport and what did you work on?

Motika: You`re right. I worked on everything. But one thing I worked enormously on was my physique. It still needs improving but I’m working hard every day. My dribbling is great, but I am still trying to refine it and get better, Also, I have been doing a lot of sprints to be explosive.
I always try to work. It’s a process to constantly work on yourself.

TSS: In the past few weeks, you’ve been able to celebrate your first appearances for the pros.
Tell us about your first impressions.

Motika: It is a very high level. Everyone is working to get up there. I am grateful that I have got the opportunity to score in my first game. It was a fantastic feeling and I think I did a good job.
It’s just the beginning. I am not going to rest on it and keep pushing. It all depends on my performance.

TSS: Which player are you most impressed by and in what kind of way?

Motika: They are all top level. Kingsley Coman is very strong but of course also Robert Lewandowski. 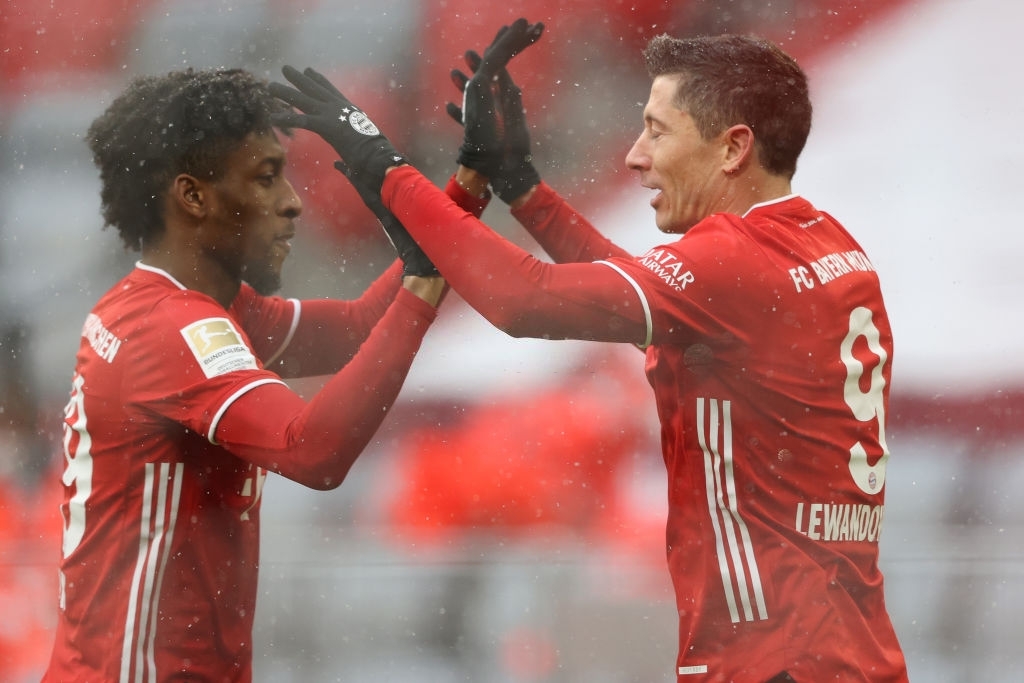 TSS: Debut in League 3, now the games come thick and fast in the Bavarian Regionalliga. You already have 6 goals and 3 assists in only 6 matches and you could still even play for the youth team.

Motika: My future seems to be getting successful at the moment. Of course, it depends on my performance. But it’s all done to hard work! that is key and I always say time will tell everything!

TSS: My impression is that more and more wingers play in Germany are in demand. What are your thoughts? Do you think there has been a change in Germany in this regard?

Motika: Yeah, there are a lot of good wingers and also many good 1 vs 1 players.
I think that wingers have always been maybe they are being appreciated a little bit more but overall I would say that there has not been a drastic change in that regard.

TSS: Are there any current wingers you look up to or has there been a player in the past you admire?

Motika: The biggest role model from my childhood is Cristiano Ronaldo. He was and still is. I look up to him a lot.

TSS: Do you personally notice any differences in the men’s game in the Bavarian Regionalliga compared to the U19 Bundesliga?

Motika: Yeah, in every kind of way. There is more body contact. Physique is required here. This is also noticeable in the duels. You can tell that it is a higher level than in the U19 Bundesliga, especially in terms of physique and speed.

TSS: Which coach has influenced you the most in your young career and why?

Motika: In any case Martin Demichelis. He is a great guy. You can talk to him about everything. He is very close to the players, I am happy to be able to work with him. He always wants to help young players develop

TSS: We would all be happy if we could hear in front of 75.000 spectators in the Allianz Arena in the not too distant future: Goal by Nemanja Motikaaaaa.

Motika: Haha Yes that would be great if God wills.

TSS: It was a pleasure to speak with you. I wish you all the best for the future and if you carry on working as hard as you already do you will reach your goals for sure.

Motika: You´re welcome. Thank you for the interview.