Freddie Lammie speaks to Manchester United U18s Lead Coach Travis Binnion ahead of their FA Youth Cup quarter-final tie against Leicester City, discussing the recent success of academy graduates like Antony Elanga as well as their history in the competition. 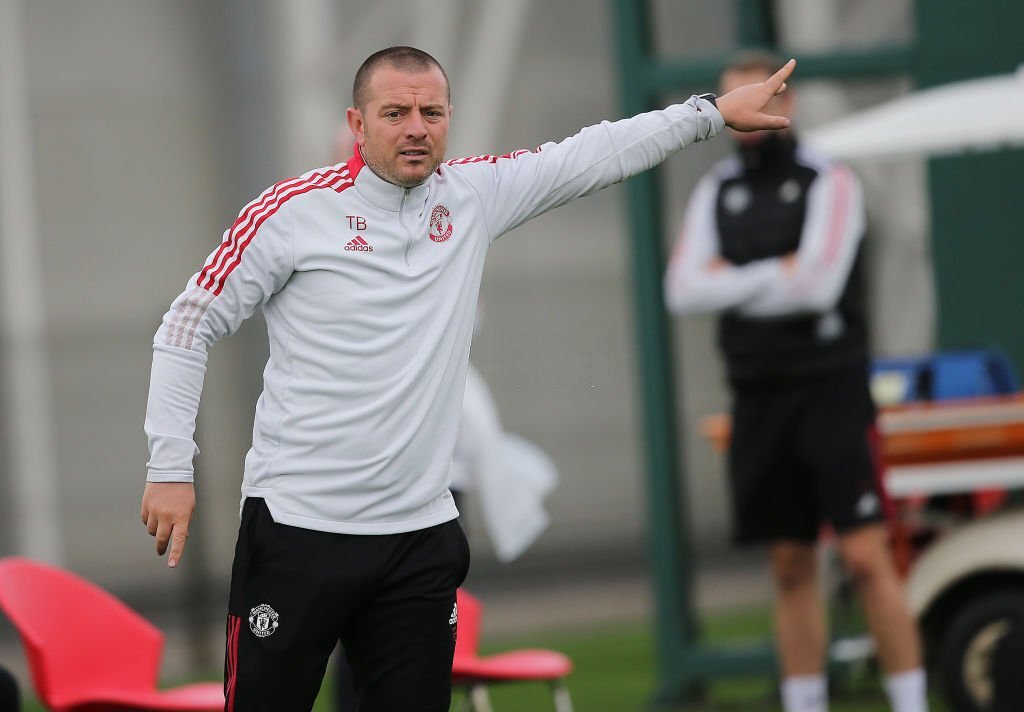 TSS: I feel like it’s pretty apt that I find myself speaking to a member of United’s academy set-up given what we saw from Anthony Elanga who came off the bench to score for the first-team at Elland Road on Sunday in a 4-2 win. Is there a better feeling?

TB: In the role that we do, that’s the best feeling. That’s the reason we do this job. I think this football club is unique. It was Anthony yesterday but as has been the case forever now on a matchday, it could have been another academy graduate that gets the headlines or contributes towards a win.

TSS: Last season, Anthony was playing in the PL2 and in the Papa John’s Trophy. Just 19, has it come as a surprise to see Ralf Rangnick place so much faith in him?

TB: He’s a fantastic role model for all of our players. He’s one of the hardest working young players that I’ve come across and it’s brilliant that he’s getting the just rewards for that work.

I think it’s more a case of how he approaches his day to day training and how he plays the game that the manager has that faith in him. He’s very quick, he’s direct and he’s exciting, so it’s no surprise that the manager has faith in him. It’s not a huge surprise to us as an academy staff that he’s having the success that he’s having now. We’re confident that it will continue. 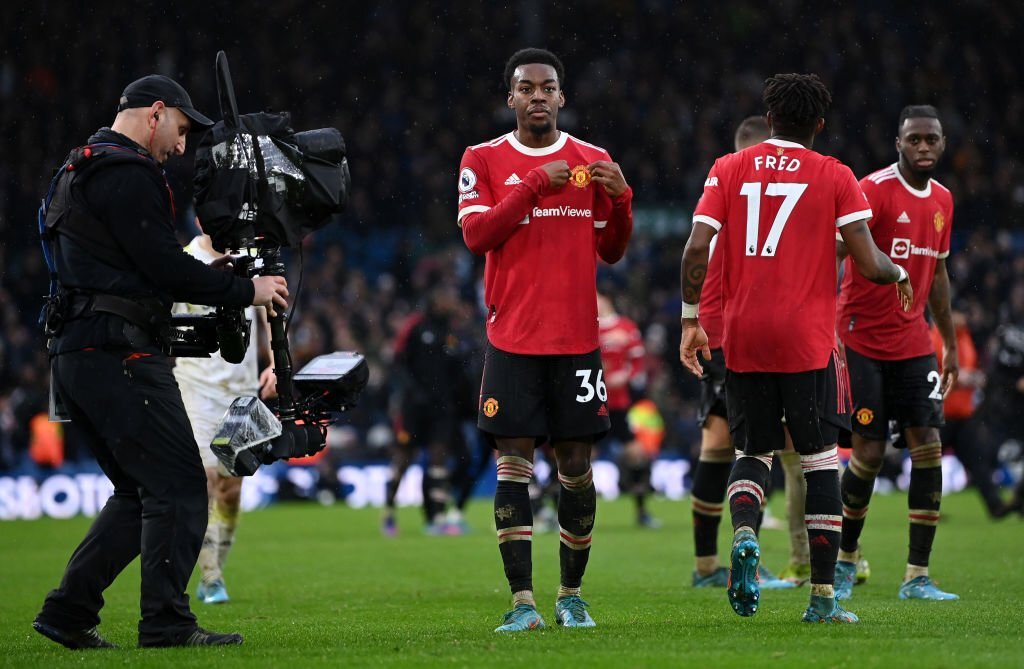 LEEDS, ENGLAND – FEBRUARY 20: Anthony Elanga of Manchester United celebrates with fans after their sides victory during the Premier League match between Leeds United and Manchester United at Elland Road on February 20, 2022 in Leeds, England. (Photo by Shaun Botterill/Getty Images)

TSS: Speaking of Anthony, how do you decide whether to push your players into the first-team, or whether to let them develop on loan like Teden Mengi, or even to keep them playing PL2 football like Shola Shoretire?

You mention some names there and the way that I look at it is that what those players are experiencing now is what’s right for them. Recognising when to accelerate that development is ultimately up to the manager. Preparing the boys to make sure they’re ready when that opportunity comes is our job.

TSS: Does a sense of duty and responsibility to bring players through weigh heavily on you, especially as someone who was brought up within the academy system as a schoolboy?

TB: I wouldn’t say it’s a pressure. We’ve seen a lot of success, we’ve seen kids that haven’t gone where we thought that they would get to. You just draw on that experience to make sure that we provide the right environment and opportunities for our players that they then have to take.

Ultimately it’s down to them. We can only do so much. When they cross that white line, when they go on their first loan, when they have their debut, their performance will dictate how well things are going to go for them. We’re just trying to get them ready for that moment. 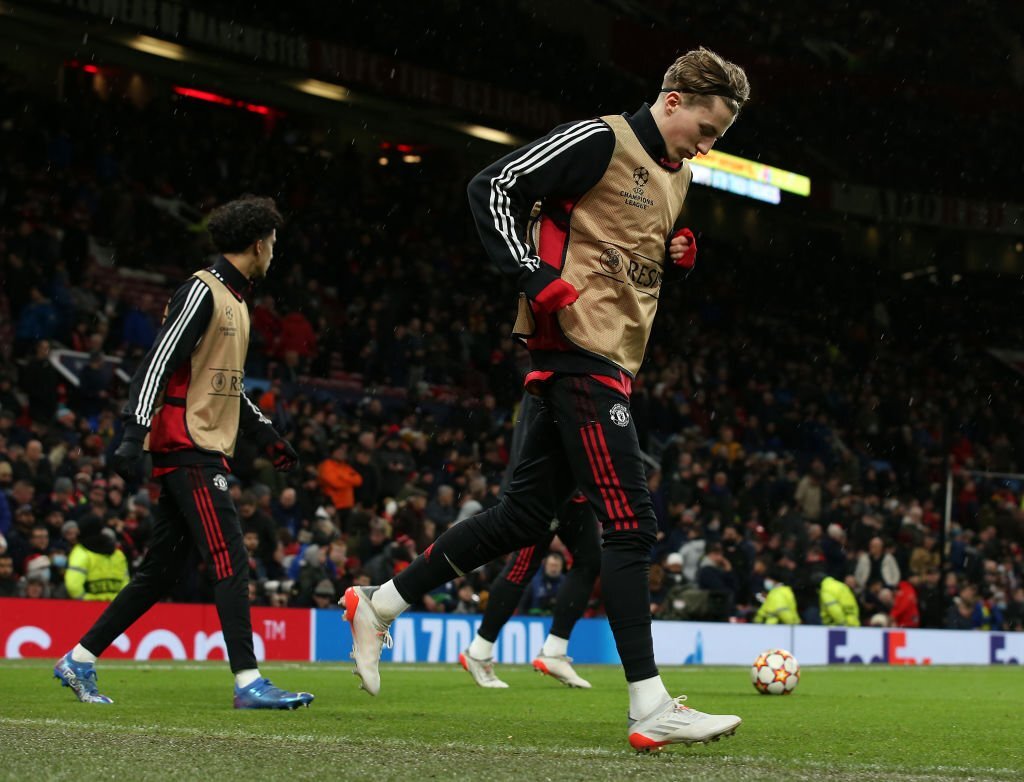 TSS: You mention pressure – do you think our expectations of young players trying to make their way through the first team are unrealistic? If so, what role do you think social media played has played in exacerbating these demands?

TB: We’re living in a completely different world now with social media and the availability of what’s out there with stats, videos and montages. We know that’s the world we live in. We don’t need to add to that. What we need to do is make players realise what they’ve got to get better at, what they’re already good at, what’s next in their development, how they get to the next stage and make that their focus. Not how many likes they’ve got!

TSS: Manchester United is synonymous with the FA Youth Cup, having won the competition on 10 occasions, most recently in 2011. In more recent history we’ve seen other teams like Chelsea assert their dominance in the competition. How important is this competition to United?

TB: Our success is not measured by winning the youth cup. It’s measured by 80 odd years of having kids in the first team, more graduates than anyone in the football league. We’ve done that and we’ve continued to do that for the last 10-11 years better than any other clubs.

There’s a fine balance. You can win games at the expense of development and you can develop the players really well but not always win games. The sweet spot is doing both but it’s obviously not easy.

TSS: Looking ahead to Thursday, a big game at Old Trafford in the quarter finals of the FA Youth Cup awaits, with Leicester City your opponents. That’ll be a great experience and atmosphere to be a part of, no?

TB: We hope so but we’ve already been there twice so they’ll be comfortable in their surroundings so they’ll be focused on delivering a good performance individually and collectively as a team. There’s no extra pressure attached to Old Trafford. We’ve been there twice. I fully expect our lads to be ready to deliver. But whether we win or not on Thursday night will not define whether these boys have debuts in our first team.

TSS: What would you say to anyone in the Manchester area with no real plans on Thursday evening?

TB: Come and watch some good young players because it might not be too long before they’re playing in the first team! 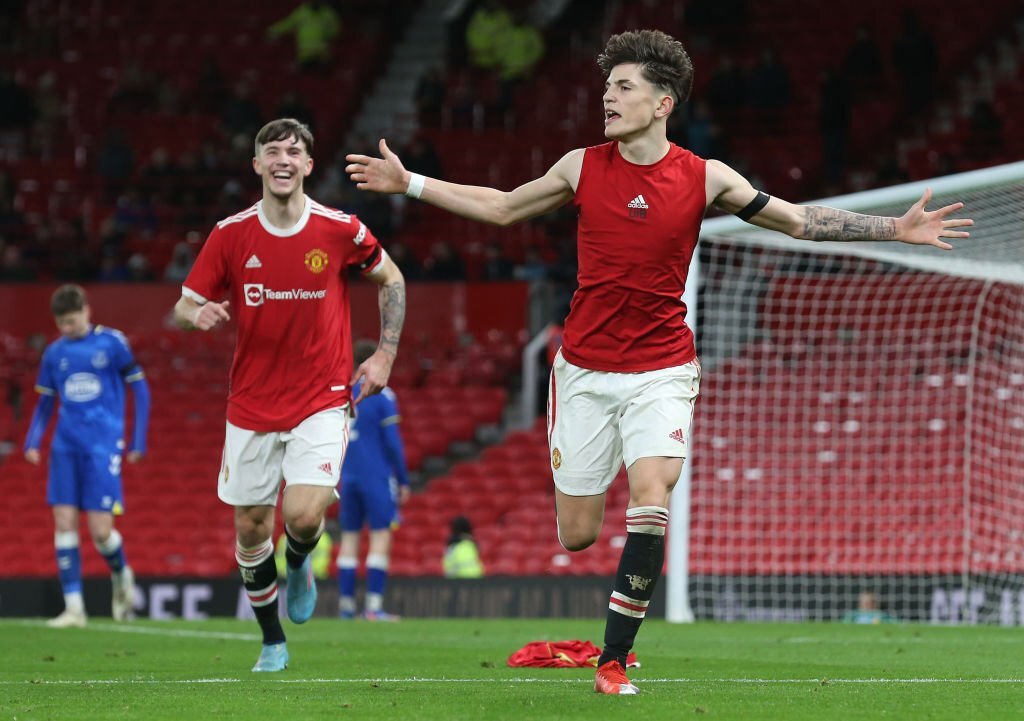 TSS: Cheers for your time Travis, and a big thank you to Manchester United for facilitating the opportunity! Make sure you follow the socials if you haven’t already! You can find us @thesecretscout1 on Instagram, @TheSecretScout_ on Twitter, and THESECRETSCOUT on YouTube! Stay tuned for more content coming your way…

Tickets for Man United’s FA Youth Cup quarter-final against Leicester City at Old Trafford on Thursday 23 February are still available. Get them here!