TSS has a chat with rising RB Leipzig U19 and Holland 03, Solomon Bonnah.

TSS: Nice to be speaking with you Solomon! What is life like in Germany right now?

SB: We have a lockdown till the 15th of February. We are not playing matches and are just training, which is very boring. You have to motivate yourself to keep working hard in training, because we don’t even know when our first game is.

TSS: How are you also coping without teammate and good friend Noah Ohio as well?

SB: He is like a brother to me and I really miss him, but the chance and opportunity he has got [at Vitesse Arnhem] is a good one. He has gone from youth football to professional football and I think he is ready for that. He is a jokeman and always made me laugh, and now I’m all on my own!

We live in a player’s hotel at the academy. He is 3 rooms away from me. He was always calling me, it didn’t matter what time, even at midnight, needing something from my room! That’s over now, so I guess I’m happy about that! 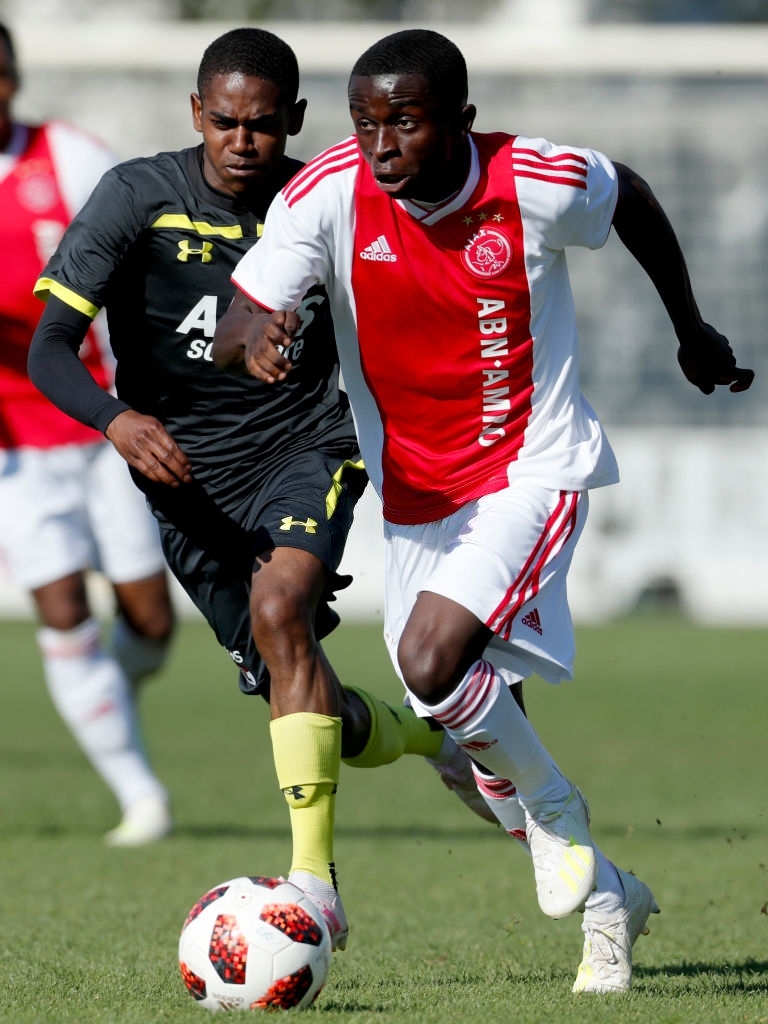 AMSTERDAM, NETHERLANDS – APRIL 26: (L-R) Keyennu Lont of AZ Alkmaar U19, Solomon Bonnah of Ajax U19 during the match between Ajax U19 v AZ Alkmaar U19 at the De Toekomst on April 26, 2019 in Amsterdam Netherlands (Photo by Soccrates/Getty Images)

TSS: Talk to me about your footballing journey growing up in Holland.

SB: I started when I was six at a local club in Amsterdam. I started in the lowest team of the whole club, and after six months, I moved up and played there for 1 and a ½ years. Ajax then scouted me when I was like seven and a half.

For me it was also a surprise, but I had a good team and we won 99% of the games we played against many older boys. We played a friendly game against Ajax, and I think that game helped me a lot!

TSS: What was it like, being from Holland, to play for Ajax and deal with all the surrounding attention that you got from a young age?

SB: In the area I lived, everyone knew you played for Ajax, and everyone wanted to be your friend. To be honest, it was cool and you want to keep that, which motivated you as well to keep on working. Ajax released players every year and of course, you didn’t want to be one of those. As you get older though, you begin to realise who your real friends are, and I had to keep my circle small. That’s what I am on now. 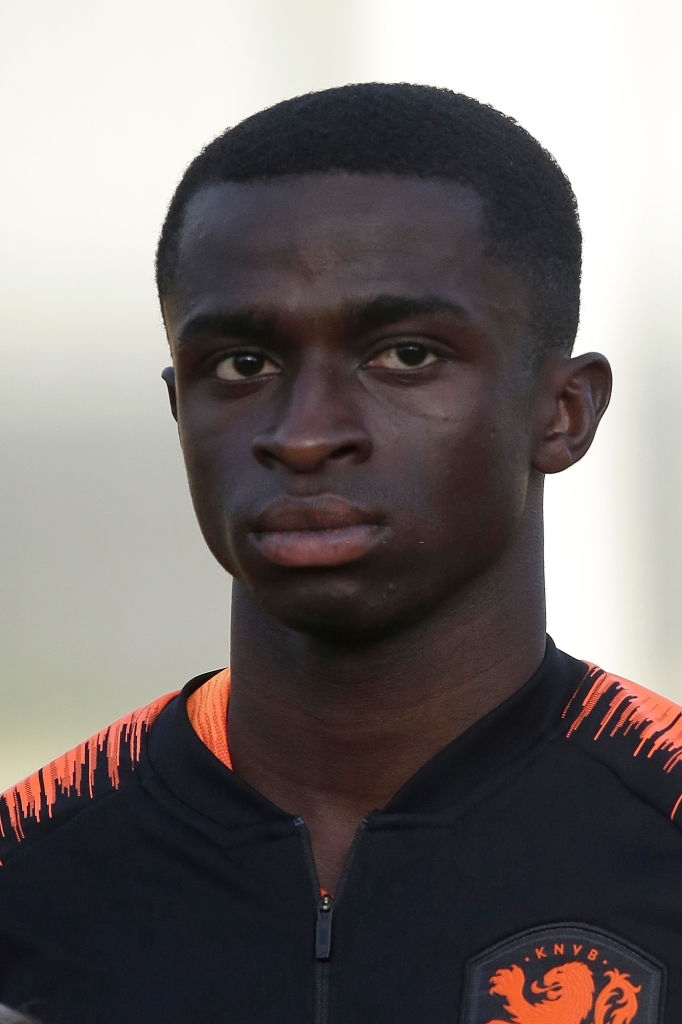 OLDENZAAL, NETHERLANDS – SEPTEMBER 17: Solomon Bonnah of Holland U17 during the U17 Men match between Holland v France at the Sportpark Vondersweijde on September 17, 2019 in Oldenzaal Netherlands (Photo by Peter Lous/Soccrates/Getty Images)

TSS: Ajax has got such a good reputation when it comes to developing young players from their academy. Why did you make the decision to go abroad in August 2019?

SB: I was 15, turning 16, which is when you can sign your contract at Ajax. It was a shock for Ajax as well, who were asking me when I was ready to sign, but I knew already that I was going. The reason why I left was because I never saw myself in the first team, and I think your feelings play a big role when making those kinds of decisions. You have to be confident and I didn’t have that feeling. The decision to choose between Leipzig and Liverpool was huge. I was thinking about it daily, watching youth games, anything, because I had to find the perfect club. They both have the same philosophy, but it was a decision about where I thought I could get a chance in the first team. I spoke with a couple of clubs and RB Leipzig gave me that feeling.

TSS: You were also joined by a good friend?

SB: I had told Noah before that I was leaving Ajax, and he called me and said that he was leaving Man City, on the same day that I visited Leipzig. He said ‘Really?’ – Leipzig wanted him as well. He also loved the feeling from the club and we both signed. That made everything a bit easier. We were with each other almost every day and every hour.

TSS: Just how difficult was it settling into life at Leipzig?

SB: The city is a bit quiet, and not as crowded as Amsterdam, where I loved going shopping. The city centre is not as big. Conditionally, there is a big difference. You can play against a team for 90 minutes without them getting tired. In Holland, there is more focus on what you do with the ball. Here it is about what you do off it, and what you do when you win the ball, and I love stealing the ball from defenders.

TSS: You mention your love of defending. Where does that come from, and where do you see yourself on the pitch? Does your aggression and tenacity on the pitch reflect your personality?

SB: When I went to Ajax I was a midfielder. After a year, I became a defender. It was really weird. I played centre back. I started loving it in the U11s when we played against Chelsea and other teams in different tournaments, because I won a lot of best defender awards. From that moment, I started loving defending.

To be honest, I don’t even know myself. It depends, sometimes I like playing right-back, sometimes centre-back, but I’ve recently been playing as a central defensive midfielder, and I’ve spoken to coaches at Leipzig who also see me as a number six in the long term. I think I’m a defensive midfielder and I love someone like Kante because you know that you can’t get past him.

TSS: You’re also very well known for your ability to defend a 1v1…

TSS: Are there any players in particular who have given you a difficult game at the back?

SB: Jeremy Doku. Tough player. Jayden Braaf as well. We played against England U15s twice, and Louie Barry, he’s an annoying striker! He’s just fast, technically good and smart as well. It was the first time I’ve also seen Jude Bellingham play. We were speaking together after the game about it. He was playing number 8 and was also their captain. Wow, what a player! 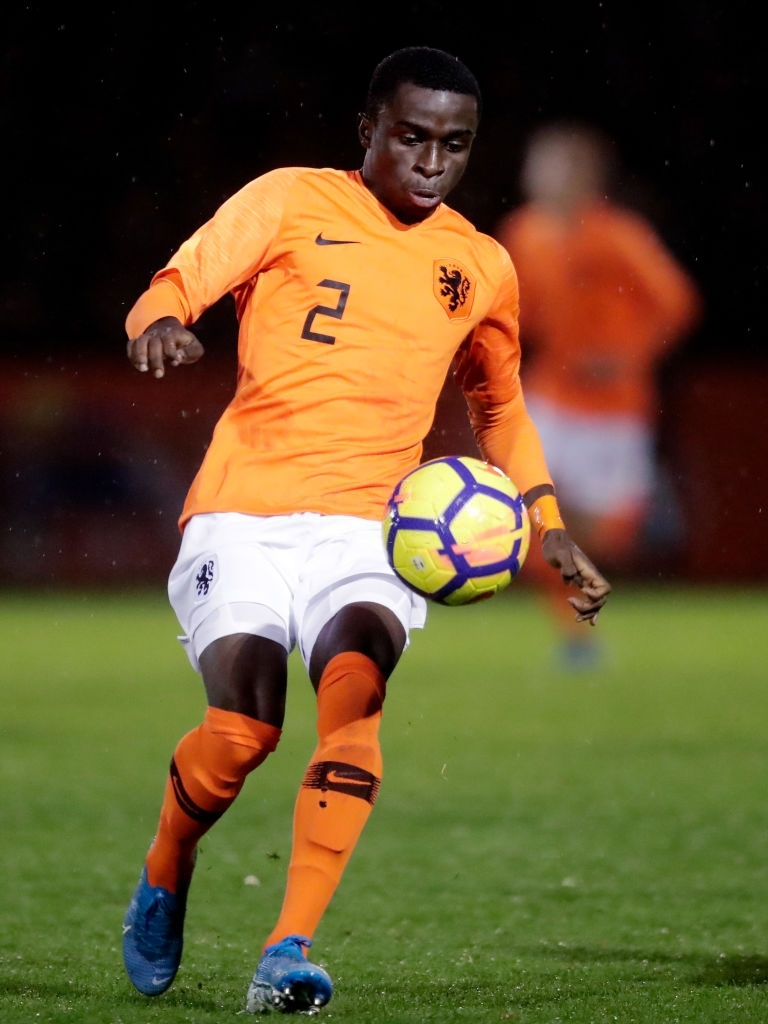 VENRAY, NETHERLANDS – OCTOBER 15: Solomon Bonnah of Holland U17 during the U17 Men match between Holland U17 v Slovenia U17 at the Sportpark de Wieen on October 15, 2019 in Venray Netherlands (Photo by Rico Brouwer/Soccrates/Getty Images)

TSS: How do the England 03s compare with the Holland 03s?

SB: The England boys know each other better. England is just different. They have more activities than us. I follow the boys and see when they’re at St George’s Park. The more you play with each other, the better the team will become, and I think that’s something we have to do more, like more friendly games. I think England 03s vs Holland 03s could be a World Cup final in the future! Both teams have very good players. To be honest, I think England 03s are a bit better than us, as a team. Our 02s? We are better, 100%!