Freddie Lammie speaks to Blackburn Rovers winger Dilan Markanday, who is looking forward to his first full season of professional football after getting a taste of it last year at Tottenham Hotspur. 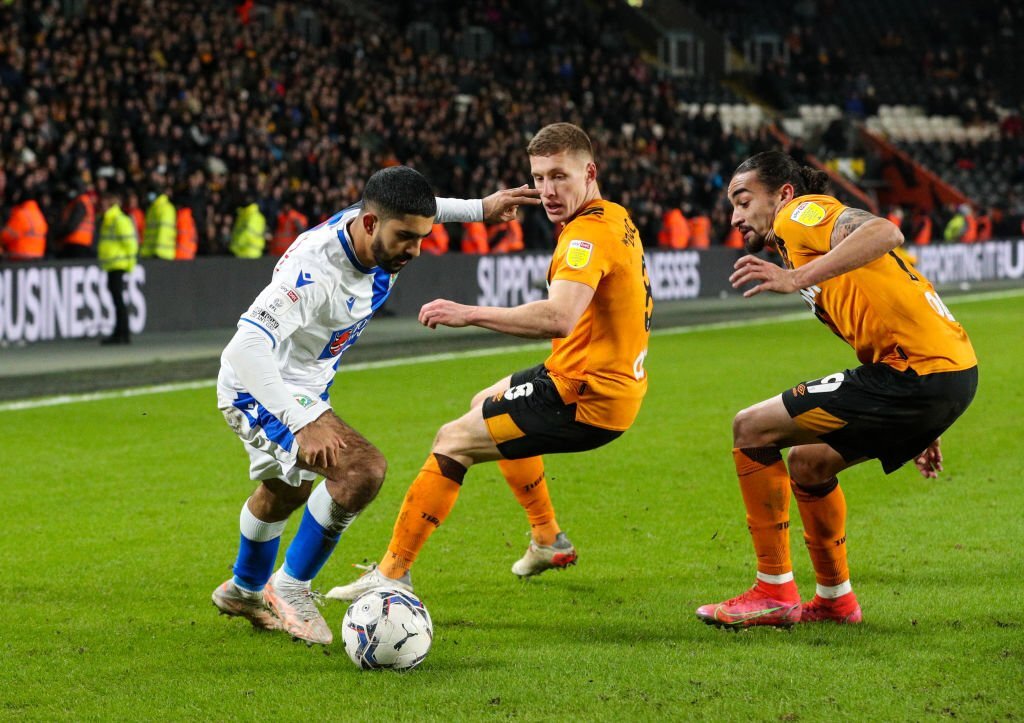 TSS: When did your love for football begin?

DM: I’ve always been playing football since a young age. Just enjoying it in the park and playing Sunday league/grassroots and progressing from there. I joined Tottenham at age 12 which is quite late to be fair. A lot of people start at the ages of seven and 8eightbut in my first year I actually played down a year for the U11s.

TSS: Quite a late starter then, it could be said! How did you react to playing down an age group?

DM: Some people can take it badly playing down. At my age now, you can look back on it and acknowledge that it’s not that deep because it was all about my development. In the moment though, you do think why but it is ultimately part of the process.

It was a long process getting into Tottenham. I was in the development squad for a long time! I don’t think some of the staff were feeling me at the start! I just had to stick at it and then eventually they liked me!

LONDON, ENGLAND – FEBRUARY 24: Gareth Bale of Tottenham Hotspur warms up with team mates (L – R) Sergio Reguilon, Dilan Markanday and Nile John prior to the UEFA Europa League Round of 32 match between Tottenham Hotspur and Wolfsberger AC at The Tottenham Hotspur Stadium on February 24, 2021 in London, England. Sporting stadiums around the UK remain under strict restrictions due to the Coronavirus Pandemic as Government social distancing laws prohibit fans inside venues resulting in games being played behind closed doors. (Photo by Tottenham Hotspur FC/Tottenham Hotspur FC via Getty Images)

TSS: Were there times when you did think that football might not be for you?

DM: I never really thought this was my destiny and at the time I thought whatever happens happens. I have been through a lot of setbacks or inconveniences over the years! It was difficult with school and training. I went to a good school and my parents were heavy on that! It was difficult! My parents were so supportive. They wanted me to play football. Obviously education is important as well. Especially in my GCSE year, when you’re trying to get your scholar, that year I almost got released but I was given six weeks to prove myself. Thankfully I managed to get my scholar!

TSS: In October 2021, you became the first player of South Asian descent to represent Tottenham Hotspur when you came on for Dane Scarlett against Vitesse Arnhem in the Uefa Conference League. Are you aware of the influence you have had on the Asian community?

DM: In terms of South Asians and Asians in general, I think a lot of parents are aware of the fact that it is hard to become a footballer. Hopefully I can inspire the young kids who have got talent just to go out there. We’re trying to make it so that we do belong. Obviously I’m proud of my heritage but ultimately, I’m trying to be seen as the good footballer who happens to be South Asian. I’m just working on myself and my football.

TSS: You had a great season in the U23s last season, scoring 12 goals and registering 5 assists in the PL2 division. Talk to us about the decision you made to leave Tottenham in January 2022. Tough decision? Did Antonio Conte coming in as well also make things more difficult?

DM: For me, in terms of the U23s and trying to be in and around the first team, it was probably my best season. I’ve always been a late developer. 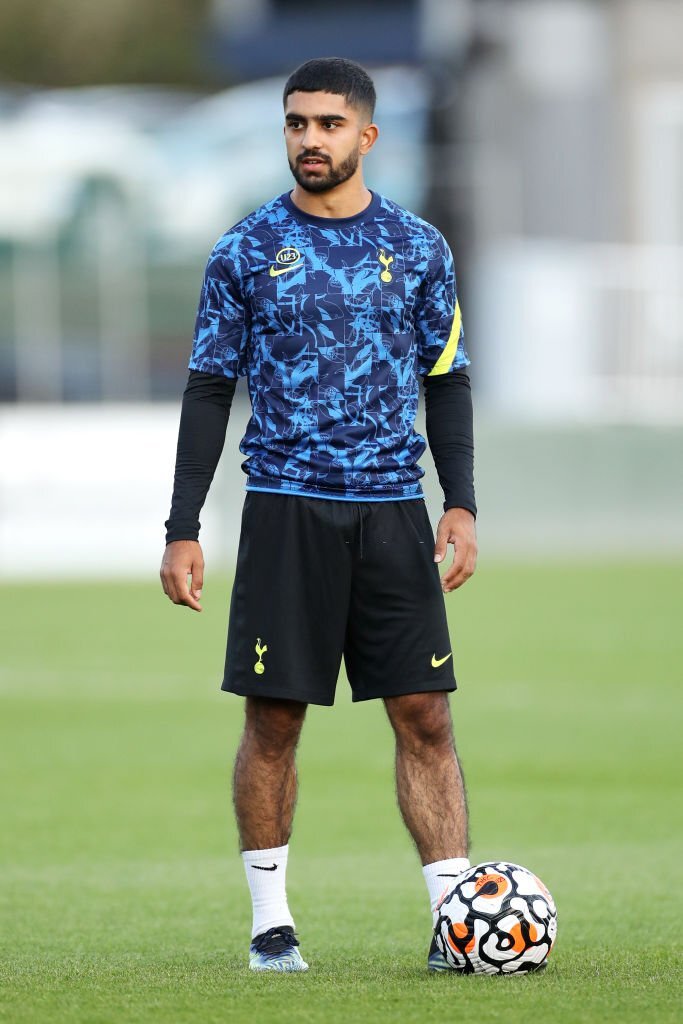 LEYLAND, ENGLAND – SEPTEMBER 17: Dilan Markanday of Tottenham Hotspur looks on as he warms up prior to the Premier League 2 match between Blackburn Rovers and Tottenham Hotspur at Leyland County Ground on September 17, 2021 in Leyland, England. (Photo by Lewis Storey/Getty Images)

To be honest, it wasn’t to do with a new manager coming in. Obviously when you’re making a good impression on the manager who has given you your debut and a new manager comes in, it’s not the best situation for you but that’s football and you’ve just got to get on with it. I think for me it was just about where I can get the best opportunity to just showcase my talent in men’s football. It was a really difficult decision leaving as it is such a great club with so many friends and top staff.

TSS: You moved to Blackburn in the January transfer window, but didn’t make an ideal start, injuring your hamstring only minutes into your debut against Hull! How much of a setback was that? 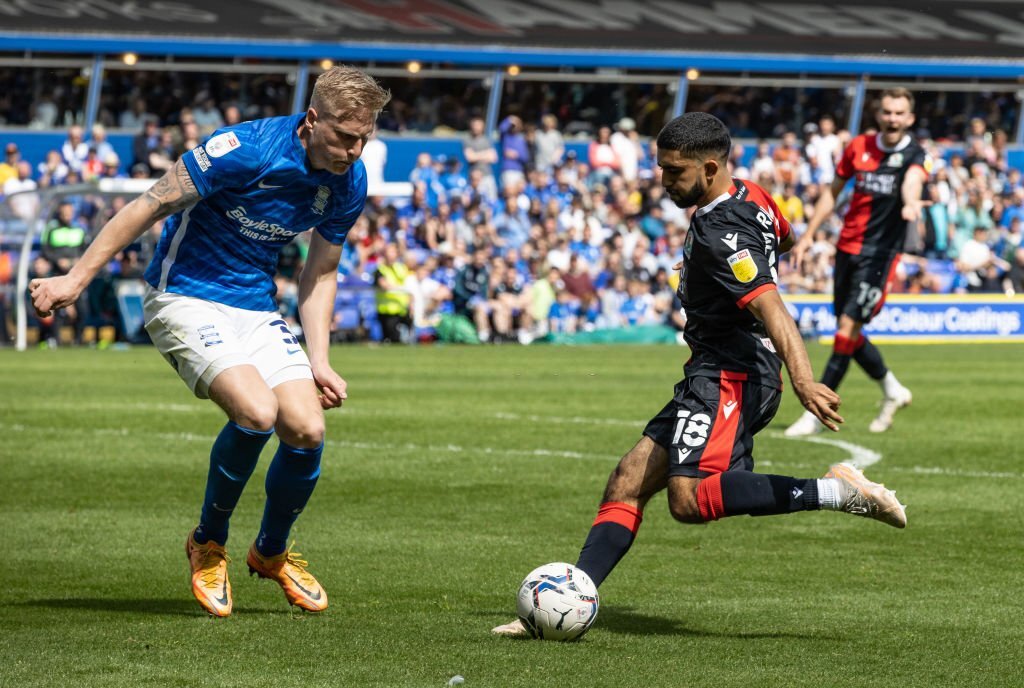