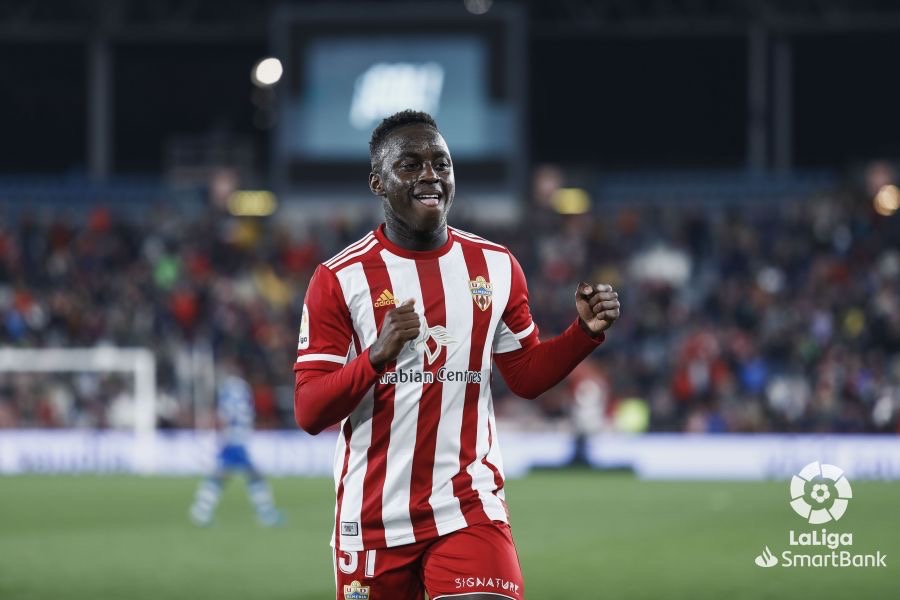 Arvin Appiah From Nottingham to Spain

“The gaffer has gone ‘Appiah, warm up.’ This is the third time during the game. I’m thinking, ‘Oh, I’m doing this for nothing.’ I’ve seen the third goal go in for them. I’ve looked, and he’s said ‘Come over!’ I’m like, ‘What, me?’ You know when you just get that rush of adrenaline,” 19-year-old winger Arvin Appiah recalls, a smile etched across his face. “I had to put my shin pads on as quickly as possible, take off my bib, and then I’m on.”

The home fans are in fine voice, oblivious to the bitter cold that has swept across the Pirelli Stadium, for Burton Albion have just scored to make it 3-1 in the fourth round of the Carabao Cup. Six minutes remain. Nottingham Forest could do with a saviour.

The late strike was not enough to prevent the Reds from crashing out of the competition but a goal on debut is a goal on debut. Arvin Appiah will always look back on that Tuesday night with fondness. 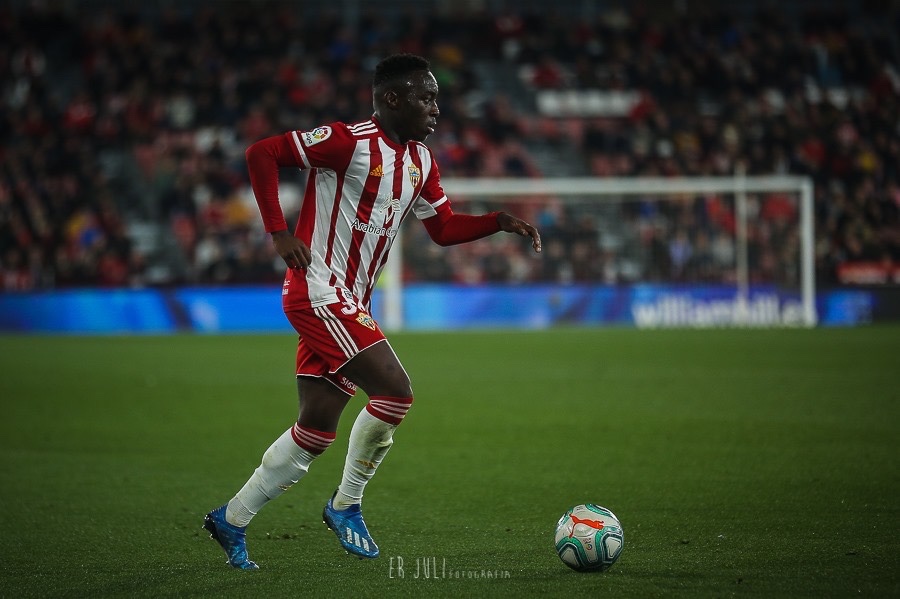 A conversation with Forest midfielder and Ballers in God owner John Bostock is equally memorable. Religion has always played an important role in Arvin’s young life. “For me, when I was younger, if someone said ‘You’re not good enough,’ it used to hurt me. There is this quote, ‘If you live for people’s acceptance, you will die by their rejection.’ That just stayed with me. [Bostock] said to me, ‘Stop thinking about the fans, managers and players. Once you start thinking about whether you’re going to lose the ball, whether the fans are going to get onto you or whether the manager’s going to like you, that’s when you’re going to make mistakes. When you are playing for God, you have that freedom and confidence.”

It was the final weeks of the 2019 summer transfer window when Arvin needed his clarity and guidance more than ever. Just seven months earlier he had committed his next four years to Nottingham Forest, the club he joined at the age of eleven. Then the Almeria offer came in.

“I had heard about it three or four days before [transfer deadline day] and I was like ‘What is going on?’ We flew over to Spain, they had new Saudi owners, and said that the management has been watching me for a while and was really interested in me. I was like, ‘Oh my gosh, what is happening?’ A week before that I played in the EFL cup, [against Fleetwood], and played very well. It came up so I just went to my room and prayed. I just wanted God to give me wisdom to see if this was the right decision for me and my family.”

“Of course I wanted to become big at Nottingham Forest, playing week in and week out. We had three managers in the space of a few months. It’s hard as a young player. You’re trying to impress this new manager, you’re doing well and he likes you but another one comes in.” 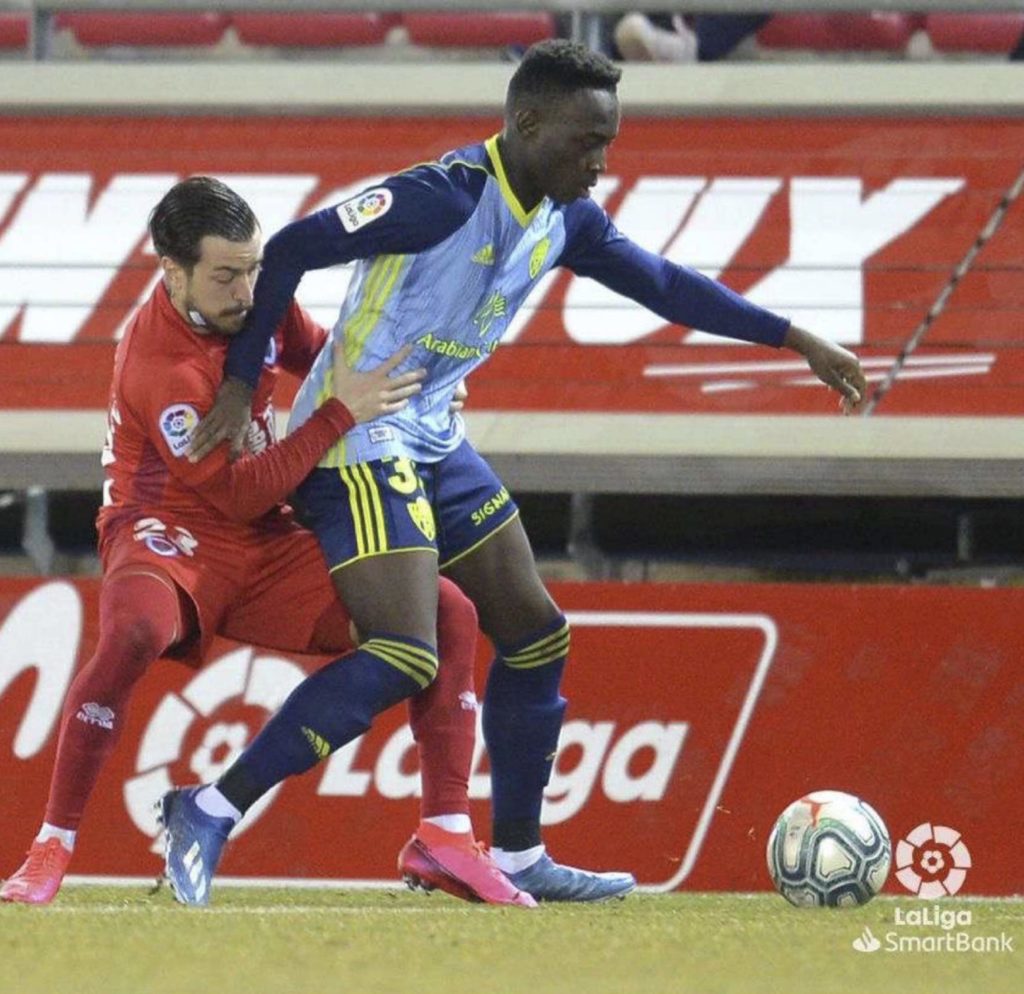 One of those managers was club legend and ex Republic of Ireland coach Martin O’Neill. Despite reported disharmony in the first team dressing room, Arvin can only express the utmost gratitude to a man that showed the utmost faith.

“Martin O’Neill came in and was a lot different to [Aitor] Karanka. He was more old school, with a lot of 1v1s, 2v2s, and more physical work. He could tell that I had technical ability and gave me my first Championship start, [which was] Sheffield Wednesday away. I’m always grateful for that.”

“He’s been at the top, been with Brian Clough, and won two Champions Leagues. I just wanted to learn from the best really. Every training session, I worked hard and asked questions.”

Arvin has had the good fortune to pick the brains of a number of footballing greats, including the former Real Madrid midfielder Guti. “He’s a legend. He has played with the likes of Ronaldo, [Arjen] Robben, my idol, and Figo. Like with Karanka, O’Neill and [Sabri] Lamouchi, I just want to learn… You don’t take these sort of things for granted.”

“When Guti came from Real Madrid [as Almeria manager], I had to adapt and he taught me a lot tactically. In Spain, it’s more technical and tactical than in the Championship. You know what the Championship is like. He tells us that the most important thing in the game is your first touch. He’ll always speak to me when I’m on the pitch and in training”

It is not just the style of football which Arvin has had to adapt to. “Training wise, I didn’t understand any Spanish and the manager always had to translate for me. Now that I have two lessons a week, I can understand [him] and the players. When I used to go out to buy food, I always thought ‘Do I have to? Do you speak English?’ It’s important that you learn about the different lifestyles you are in. I had to get used to the siesta. When you’re by yourself, you learn who you are. I’ve had to grow up a lot.”

And it has taken time. A period of easing-in had initially limited Arvin to the occasional La Liga 2 cameo, with any momentum disrupted by call-ups to the England U19 squad, while football in Spain continued to plough ahead. For a 19-year-old yet to fully establish himself in the professional game, there was a lot to live up to – £8m is a lot of money.

“I didn’t think of that until I started playing. It was my first major move and I thought [life] would be the same as in the UK. The Spanish fans might look at the price and think that he’s going to change this whole team and be the next thing to take us to La Liga. Some fans don’t understand, that when you’re young, it will take time to adapt, ”Arvin tells TheSecretScout.

“When I started playing properly in January, that’s when the fans really thought wow that’s a good player. Some players may need more time than others to show their true colours. That was the case with me and I feel like I’ve adapted.” 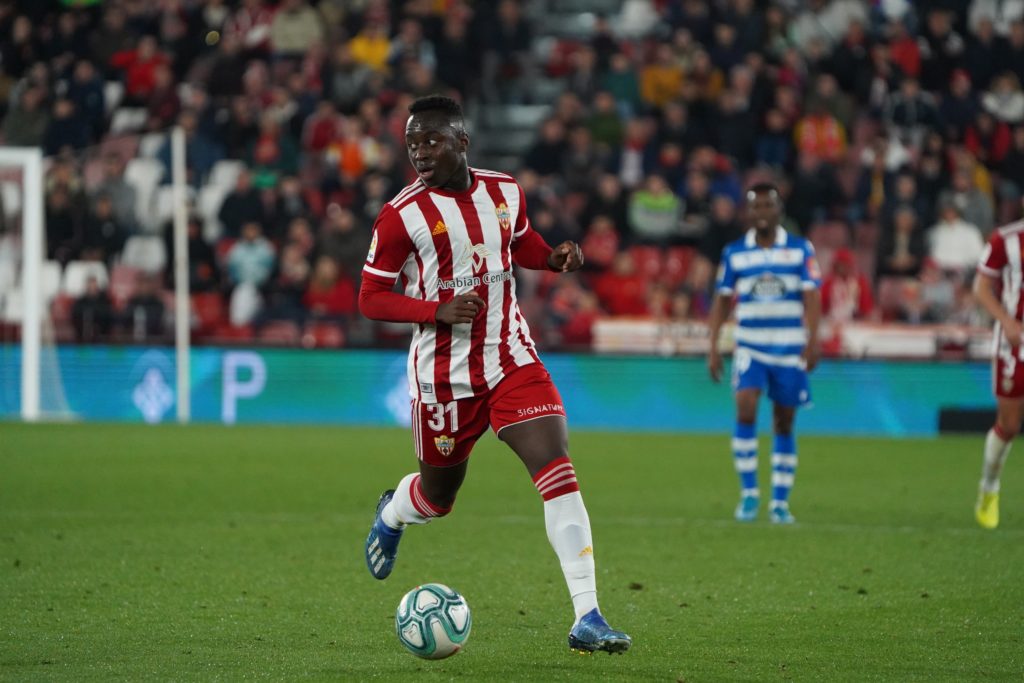 People have the right to be excited, because in Arvin Appiah, UD Almeria have a young, tricky left-footed winger, capable of playing on either flank, who commits defenders and plays without fear. The goals and assists will surely come with time.

As for promotion? Almeria sit in third place, just five points away from an automatic spot, with eleven games to go. Fans will hope that Arvin can build on his 13 league appearances by guiding his team to the promised land that is La Ligawhen Almeria return to action today.

It is a different kind of saviour, however, that Arvin looks to for inspiration and confidence on a daily basis. “Without God, I don’t know where I’d be. We’ll see what he has planned for me.”